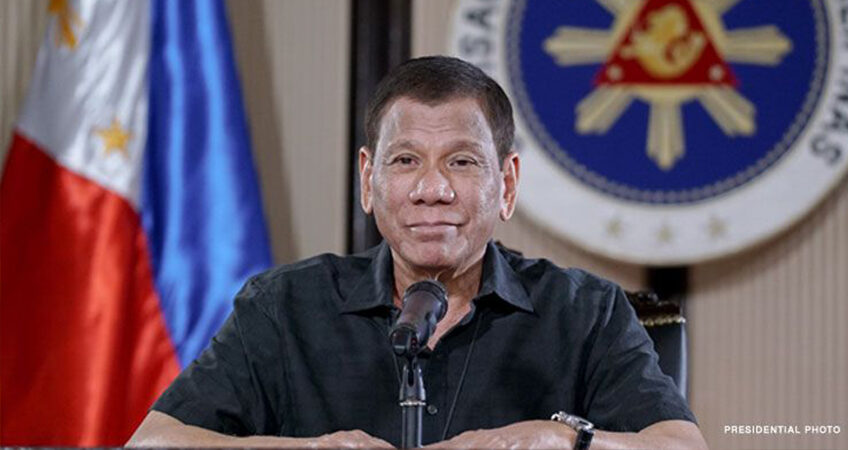 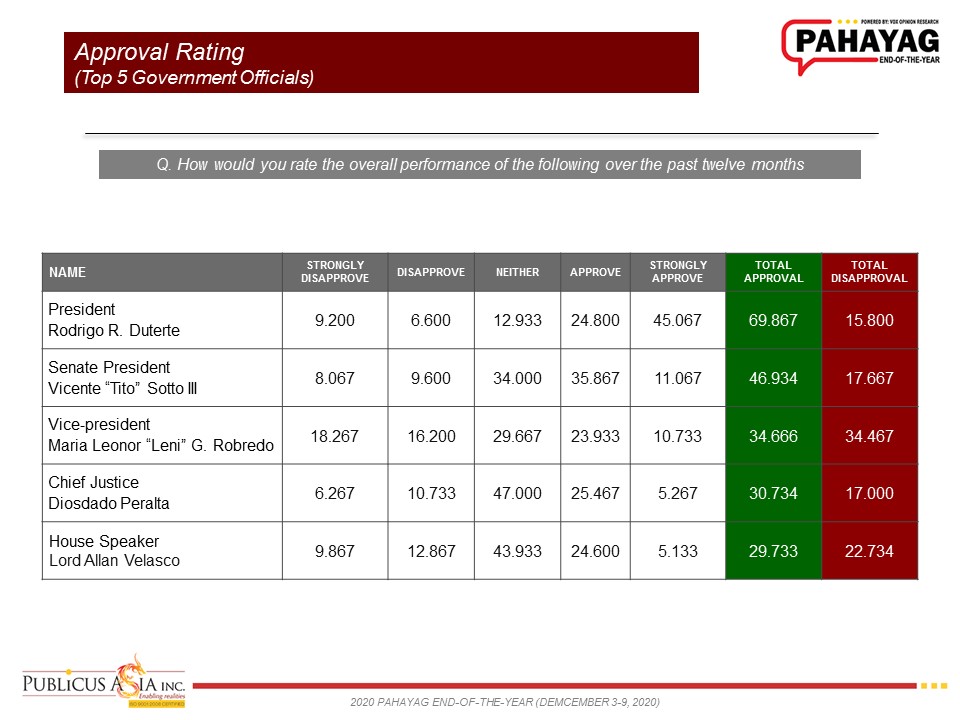 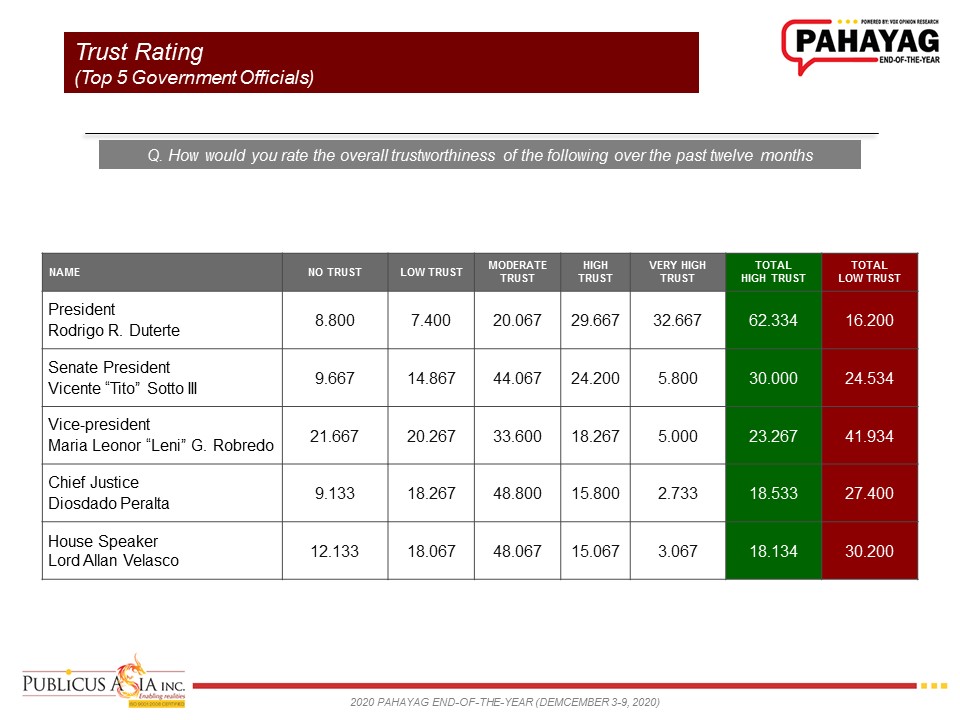 Sen. Pacquaio remains at the top among senators in terms of approval rating at ~70%. Sen Go improved from ~42% in the PAHAYAG-SONA survey to ~51% in this EOY survey – a massive gain in just a few months. Sen Poe’s approval remains constant at~43%. Sen Pacquaio also remains the most trusted senator with a total high trust rating of ~58% despite registering a decrease from his PAHAYAG-SONA survey score of ~63%. 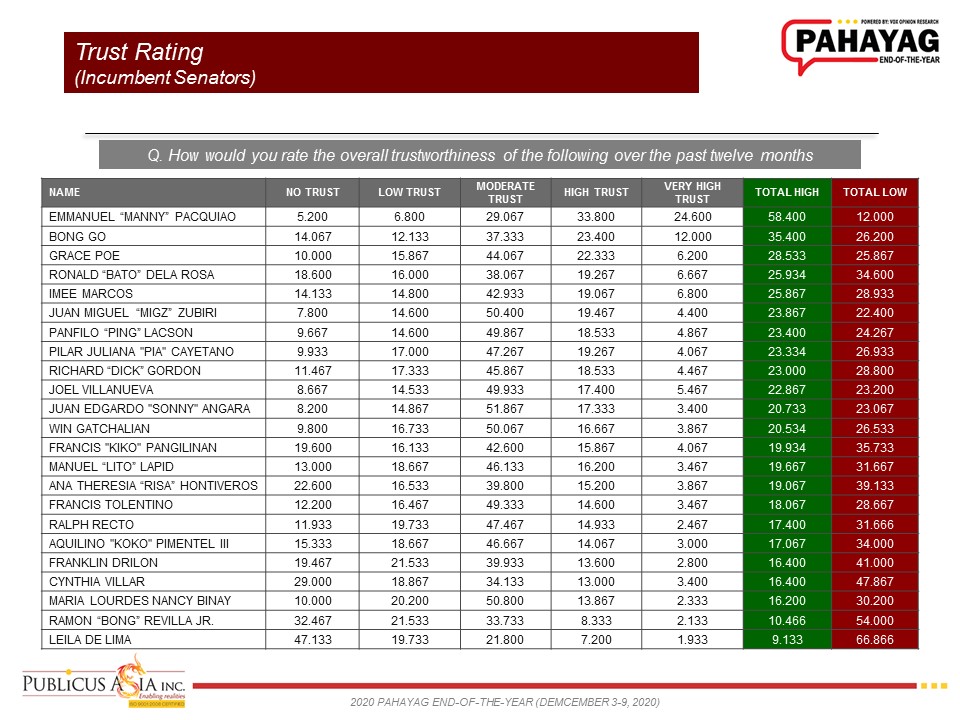 President Duterte registered the highest shares of all the traits measured. His top traits include has love for the Philippines, has concern for Filipinos, responsible, pro-poor and sincere/authentic. 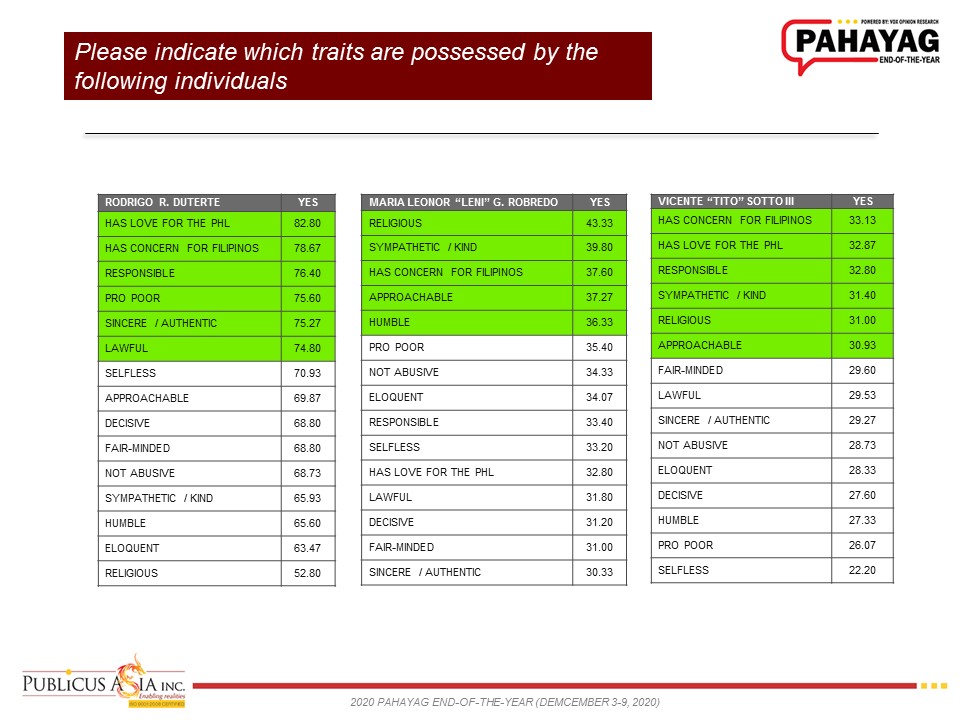 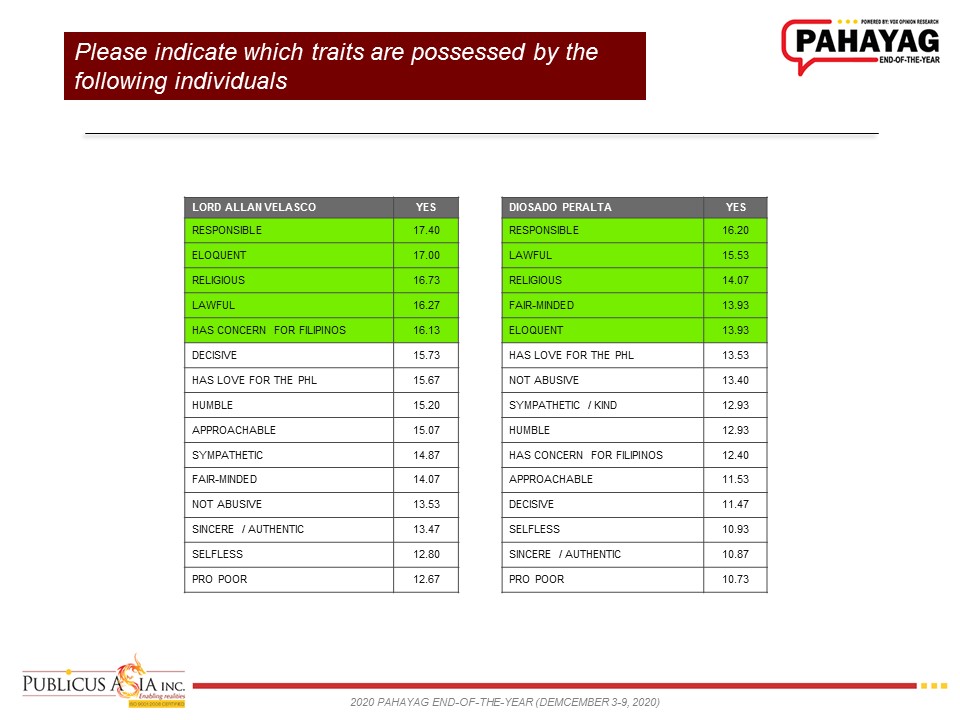