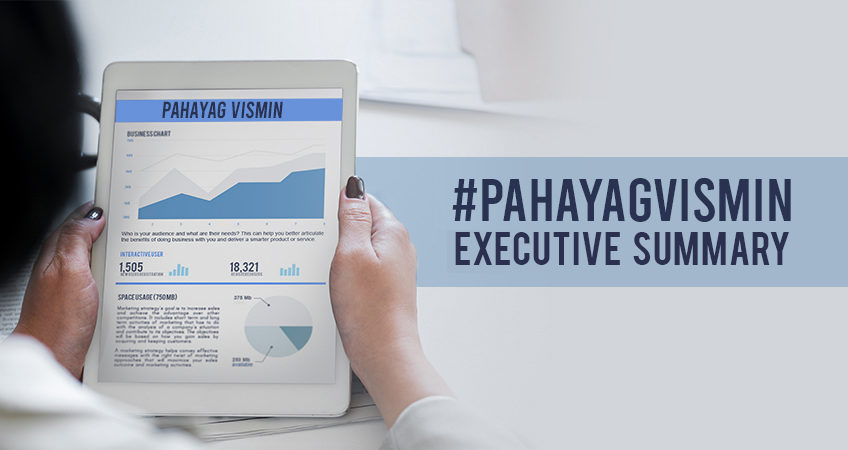 Approximately half of respondents are unsure of whether the entry of MISLATEL into as the third player in the telecommunications industry will result to faster and cheaper internet services. 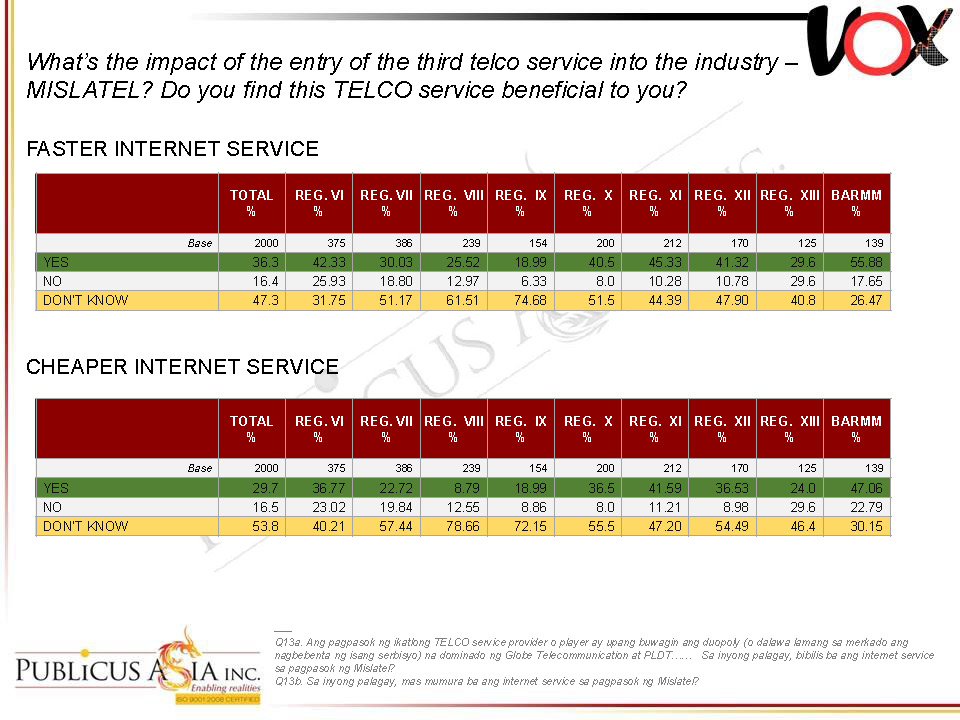 However, only 16.5% of respondents are pessimistic that MISLATEL’s entry will not result in faster or cheaper internet, while around three in ten respondents are optimistic that better and more affordable internet services will result from this development.

Development of Oil and Mineral Resources

The United States is the most trusted potential partner in developing Philippine natural resources, with 41.45% of respondents saying they would be amenable with the U.S. playing a role in the development of Philippine oil and mineral resources. 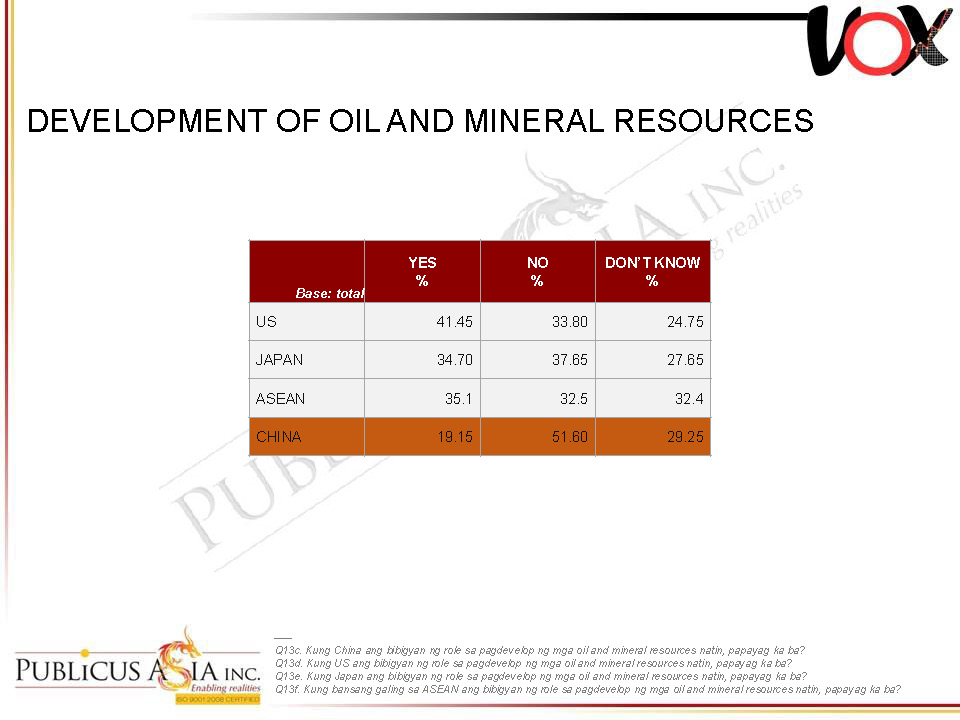 It should be noted that not even the most trusted country, the U.S., secured the trust of a majority of respondents for Philippine natural resources development.

Most respondents view it favorable for the Philippines to establish close relations and be active in ASEAN. 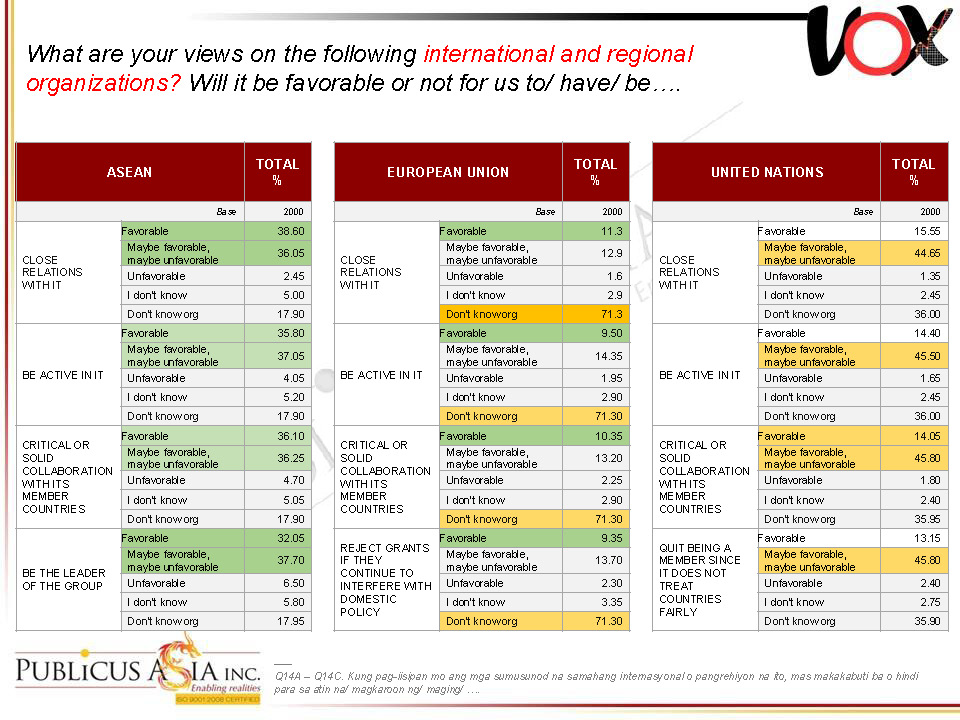