Hashtag is the future of politics – Tiquia 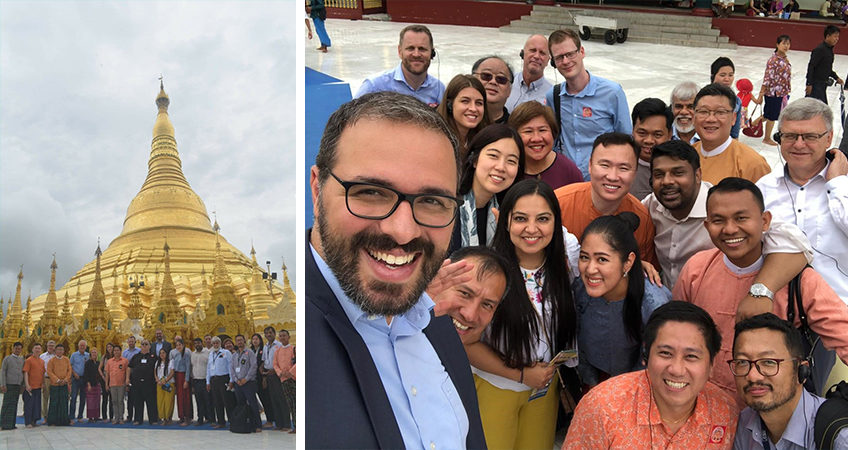 Yangon – Myanmar played host to the “E-Lection Bridge Asia-Pacific 2019”, a regional programme of the Singapore-based Konrad Adenauer Stiftung (KAS) last 09-12 June 2019. Myanmar has so far had 16 general elections since 1922; the last election was in 2015 and the next is expected in 2020. The elections of 2020 will be different since in 2015 “National League of Democracy (NLD) earned a resounding victory, winning more than three quarters of the available seats. The victory was in large part due to the overwhelming popularity of its leader, Aung San Suu Kyi, coupled with a populace keen to remove from power a military that had ruled the country for several decades.”

In 2020, “Myanmar will hold a general election for more than a thousand seats in its legislative bodies. The lead-up to this election overlaps with the 21st Century Panglong peace process and the possible repatriating of Rohingya refugees in ways that only deepen social tensions. At issue is that the underlying logics of peace processes and elections are at odds: on the one hand, conciliation and compromise; on the other, competition, victory, and defeat.”

The conference was divided into four individual sessions, three panel discussions, and a dialogue with the national leaders of Myanmar’s NLD Party. Dr. Klaus Schuler, the federal managing director of the Christian Democratic Union (CDU) and campaign manager of Angela Merkel, Chancellor of Germany, talked about the European elections 2019. Charu Pragya, spokesman and campaign manager of Bharatiya Janata Party shared the Narendra Modi election in the recently concluded general election in India, the biggest democracy in Asia. This was followed by Simon Berger, Deputy Federal Director of the Liberal Party of Australia.

Sharing sessions also covered discussions on campaign organization, strategy and communication with Shculer, Berger, and New Zealand’s Greg Hamilton. Panels on the influence of military in democratic elections: lessons from Thailand and Myanmar; role of ethnicity and religion in elections: lessons from Malaysia, Nepal, and Sri Lanka; and a lightning talk on the future of digital campaigns which featured PUBLiCUS Asia, Inc’s CEO, Malou Tiquia and Autopolitics’ CEO, Roger Tu Lee of Taiwan.

Tiquia talked about the power of hashtags, the new battlefield in electoral campaign, digital natives and immigrants as well as changes in the dynamics of power relations: journalists and citizen content creators, news cycle and the first to break push; voters looking for candidates with EQ than IQ and organic rules because it ensures authenticity.

Tiquia also pointed to the fact that there are things that remained the same. These are research methodologies that are constant: quantitative (polls), qualitative (FGDs) and quasi (perception analyzer). She made references to political marketing and communication using segmentation, targeting and positioning as well as the integrated use of demographics and psychographics in elections.

The key takeaways of Tiquia were: Data plays important role in strategy; Good organization is needed to implement well; All air war will not make a candidate win since conversion is a ground game; one can create buzz online (trend), still conversion is a ground game; message is king but content is queen; embracing social media is easy but one has to listen a lot; risks are aplenty, crisis can happen, need to plan ahead and social media is not for the faint of heart.