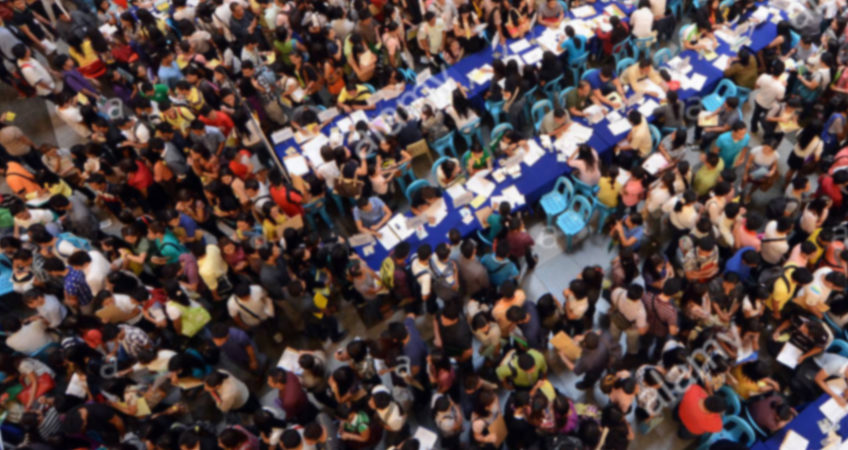 MANILA – The results of the third run of the NCR COVID-19 Online Panel Survey conducted by PUBLiCUS Asia, Inc. in partnership with Kantar suggest that unemployment caused by the Enhanced Community Quarantine (ECQ) in Metro Manila could be growing over time, even as the national government announced a second extension of the Metro Manila ECQ until May 30, 2020. 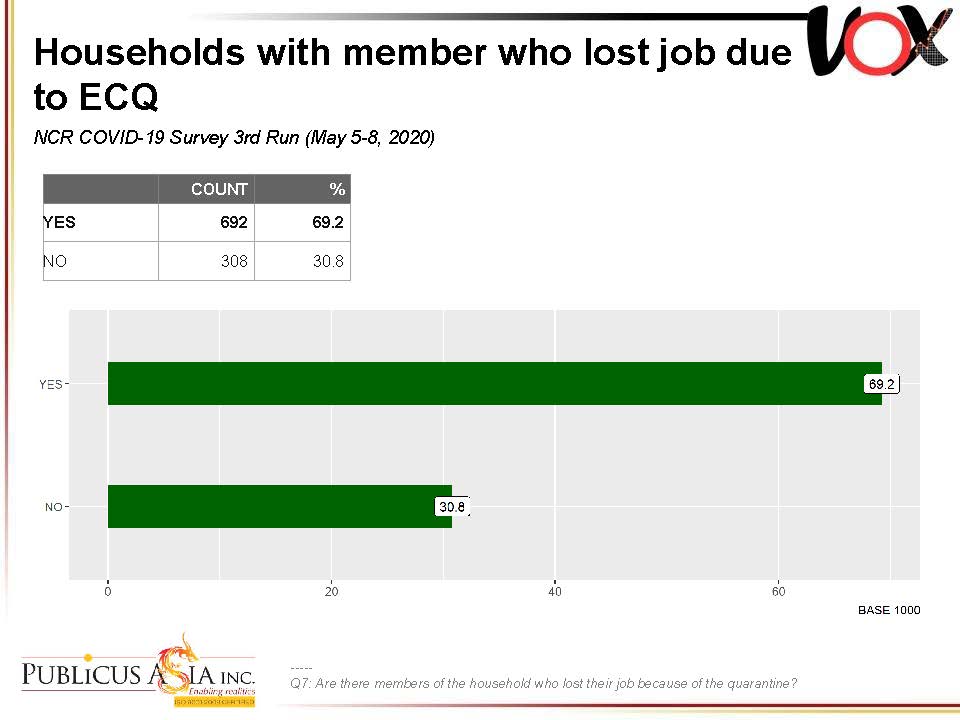 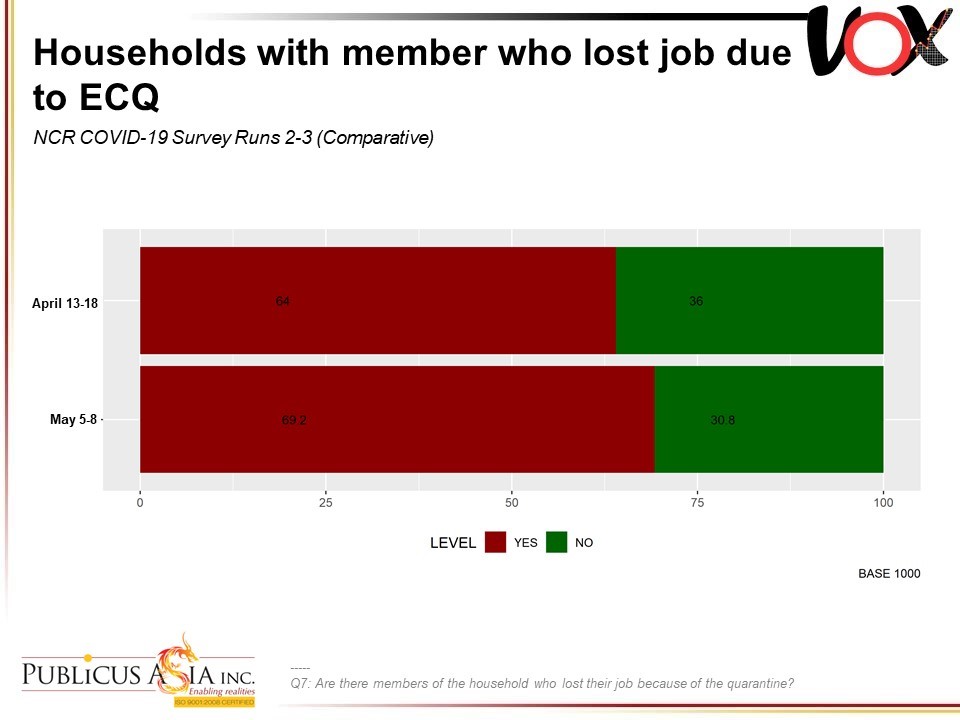 “The data suggest that incidence of unemployment caused by the ECQ may be growing among panel households as the duration of the ECQ is extended further,” said Mr. Aureli Sinsuat, PUBLiCUS Executive Director and spokesperson.

Presidential Spokesperson Harry Roque announced on Tuesday that the ECQ in Metro Manila would be extended again up to May 30, 2020 in the form of a “Modified ECQ,” which would allow the reopening of certain industries in a limited capacity.

Sinsuat noted that lower income brackets may be significantly more likely to experience job loss due to the ECQ compared to more affluent panel households. 80.7% of survey respondents from Poor households and 81.48% of Low Income households reported that at least one member of their households had lost their job due to the ECQ. 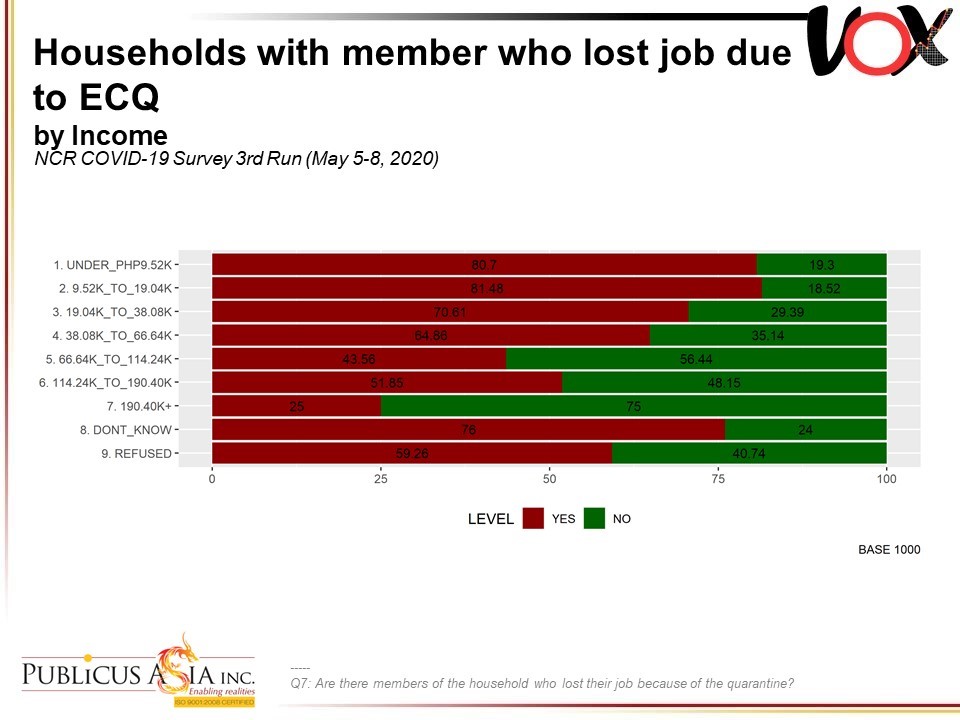 The proportion of respondents who reported job loss in the household generally decreases as monthly household income increases, with only 25% of respondents from Rich households indicating that someone in their household is now unemployed due to the ECQ.

“The data suggest that underprivileged households may be significantly more susceptible to experiencing job loss under the ECQ. Hopefully, the limited return to work proposed under the Modified ECQ will improve employment figures and prevent the poor from becoming even poorer as the fight against COVID-19 rages on,” Sinsuat said.