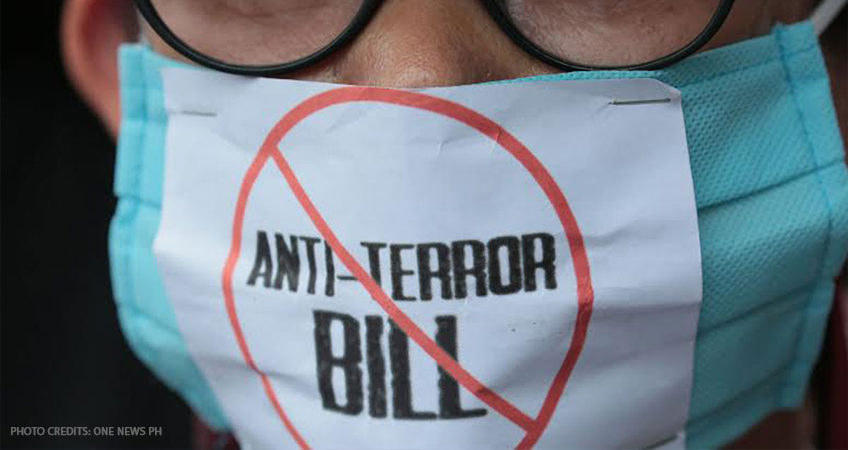 Only 48.4% of respondents said they Approve or Strongly Approve of the Anti-Terror Act signed into law by President Rodrigo Duterte as Republic Act No. 11479 on July 3, 2020. Just over 31% of respondents said they Disapprove or Strongly Disapprove of the controversial new law, which has met fierce opposition from lawyers and human rights advocates. More than a dozen petitions have been filed before the Supreme Court to challenge the law’s validity. 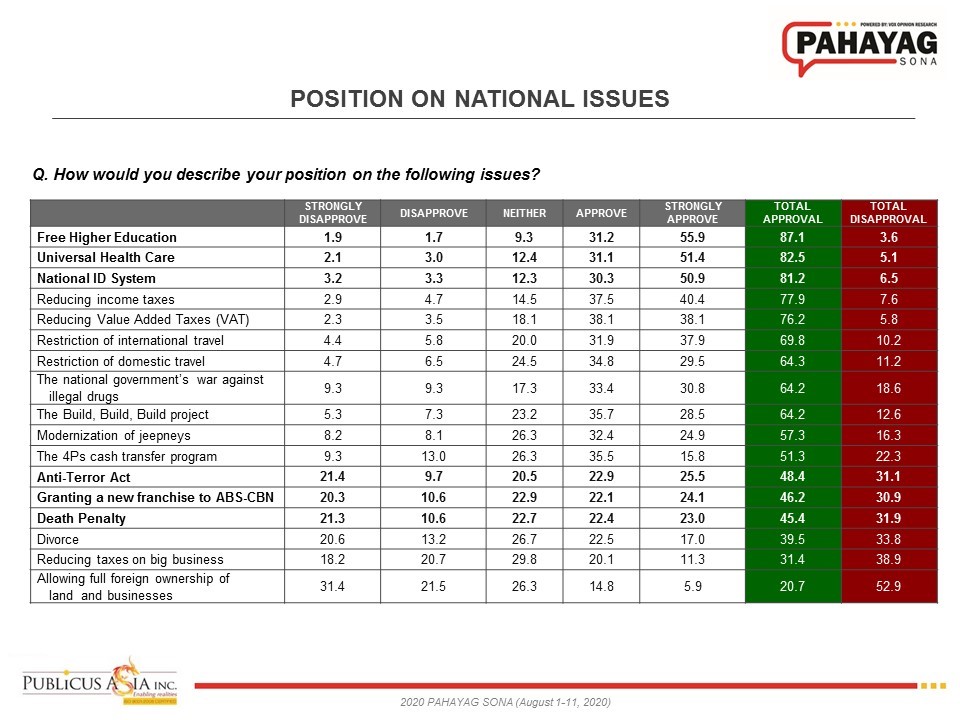 Respondents were provided a list of 17 national issues and asked the following question: “How would you describe your position on the following issues?” The answer choices were Strongly Disapprove, Disapprove, Neither Approve nor Disapprove, Approve, and Strongly Approve.

The Anti-Terror Act and the death penalty ranked 12th and 14th in overall approval rating.

The three issues with the highest approval among respondents are basic social service programs whose enabling legislation were signed into law by President Duterte: Free Higher Education (RA 10931), Universal Health Care (RA 11223), and the National ID System (RA 11055). The three landmark laws passed during the 17th Congress notched approval ratings of 87.1%, 82.5%, and 81.2%, respectively.

6 of the 17 issues failed to earn majority approval from respondents. Aside from the Anti-Terror Act and the death penalty, the issues with the lowest approval ratings were allowing full foreign ownership of land and businesses (20.7%), reducing taxes on big businesses (31.4%), divorce (39.5%), and granting a new franchise to ABS-CBN (46.2%).

Full foreign ownership and reducing big business taxes were the only two issues for which Total Disapproval outpaced Total Approval. 52.9% of respondents said they oppose full foreign ownership of land and businesses in the Philippines, making it the only issue among those tested to garner majority disapproval.