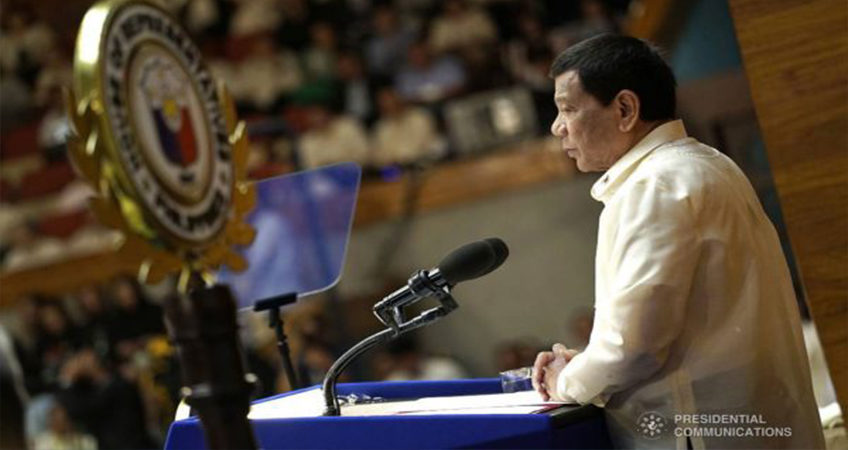 The results of the PAHAYAG SONA survey conducted nationwide by PUBLiCUS Asia Inc. from August 1-11, 2020 indicate that respondents who watched or listened to President Duterte’s 5th State of the Nation Address are split on the direction in which the country is headed based on what they heard from the President in his penultimate address.

14.5% of those who watched or listened to the President’s address said the country was headed in a worse direction. The remaining 8% said they were unsure. 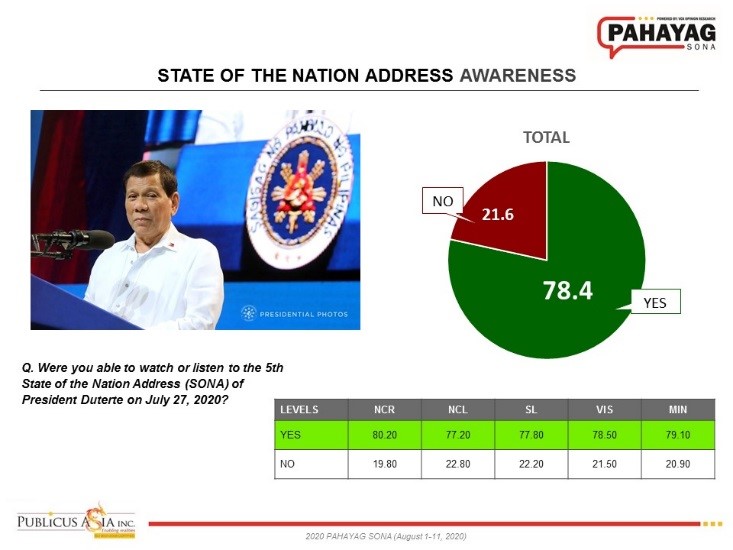 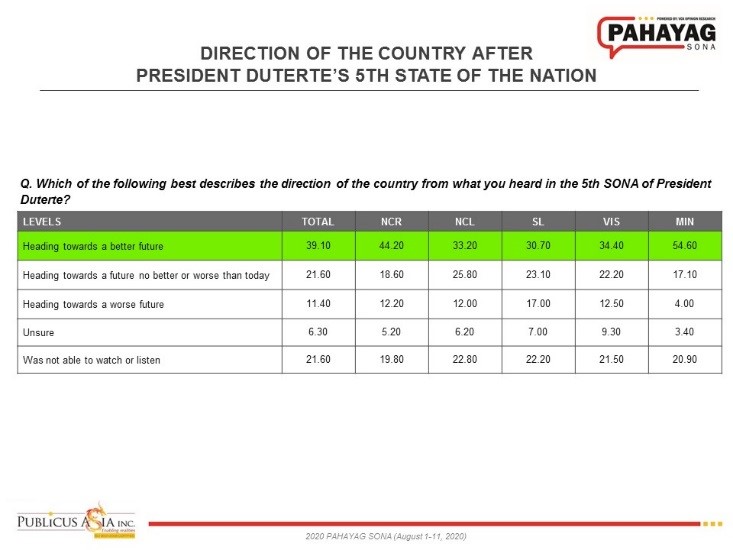 Perceptions on the direction of the country vary greatly by island group. Almost 70% of Mindanaoan respondents who caught the SONA said the country was headed towards a better future based on the contents of the President’s speech, and 56.1% of eligible NCR respondents agreed with them. However, well under half of eligible respondents from South Luzon (39.2%), North Central Luzon (42.3%), and Visayas (43.9%) expressed optimism about the future of the country based on Duterte’s SONA.

The survey results also indicate that the most popular statements made by the President among the 11 tested on the questionnaire include the declaration of the ‘no vaccine, no face-to-face classes’ policy, his direct call on telco companies to improve their services, the promotion of anti-red tape measures and e-governance, and his mention of the Maximum Drug Retail Price (MDRP) Executive Order. 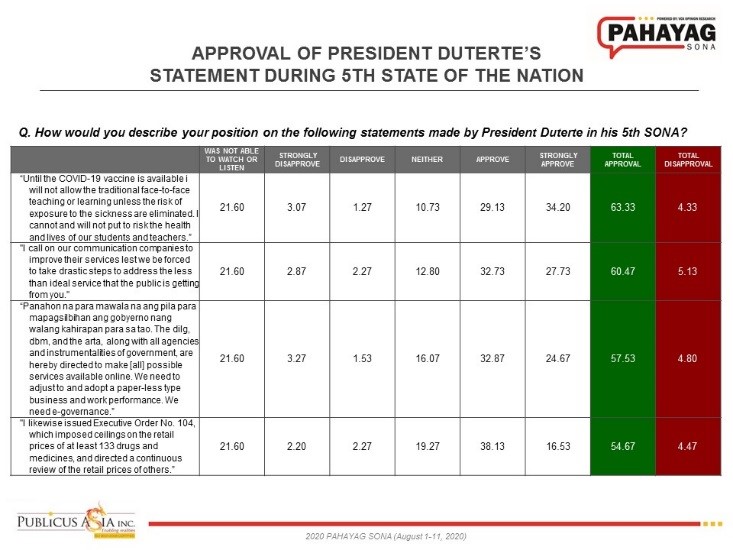 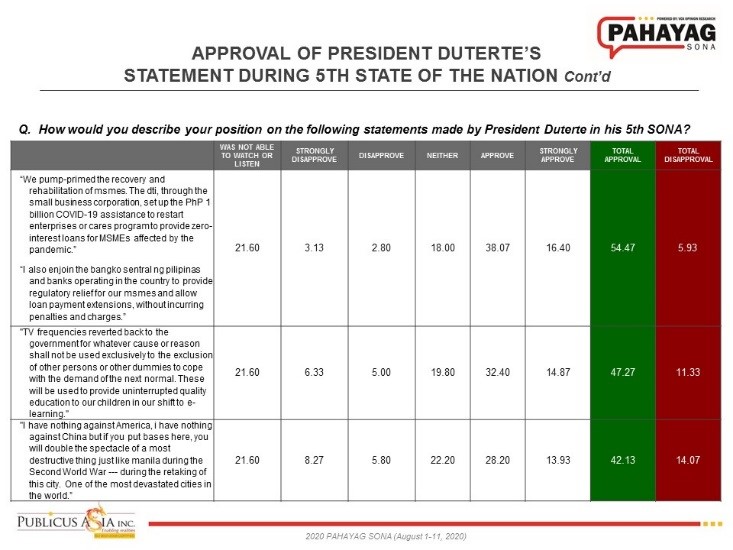 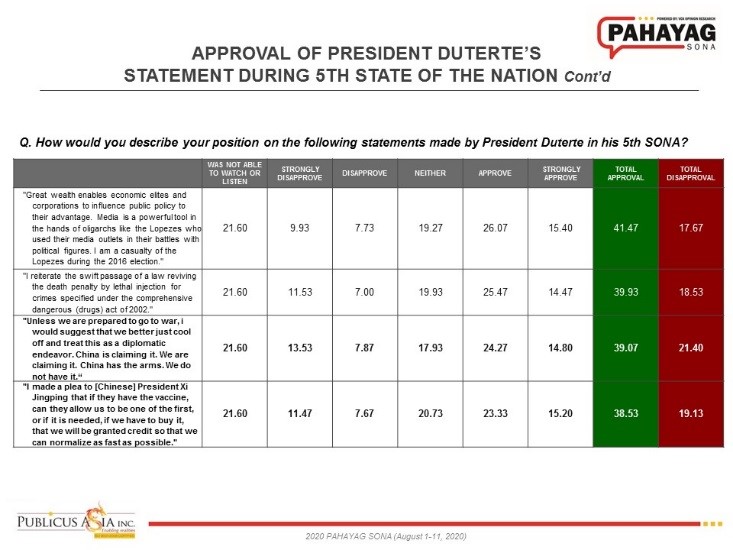 Meanwhile, the President’s least popular statements concerned his plea to Chinese President Xi Jinping for priority vaccine access, his comments on taking a non-confrontational stance against China in the West Philippine Sea dispute, his request to Congress for the swift passage of a death penalty law for drug offenses, and his remarks describing himself as “a casualty of the Lopezes during the 2016 election.”

The two statements concerning China were the only ones among those tested which did not earn majority approval from the 1,176 respondents (78.4% overall) who watched or listened to the SONA.