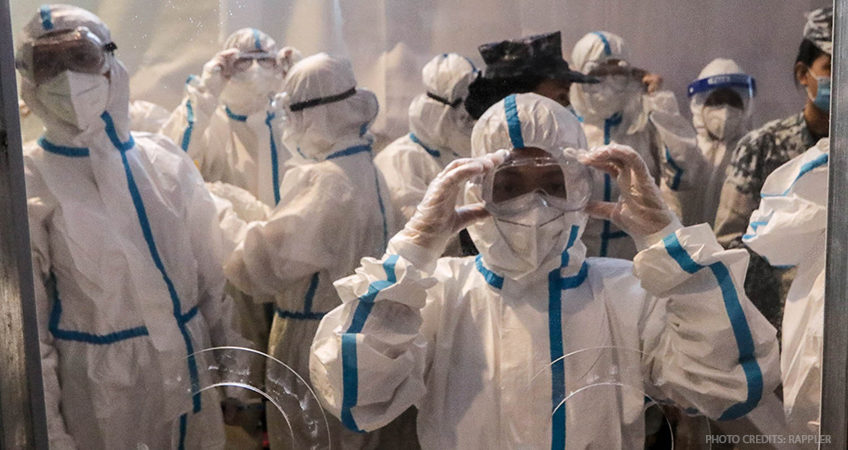 The results of the PAHAYAG SONA survey conducted nationwide by PUBLiCUS Asia Inc. from August 1-11, 2020 indicate that respondents are unimpressed with the COVID-19 responses of several national government agencies.

Out of the 13 agencies or institutions tested, only the Office of the President (61.2%) and the Inter-Agency Task Force on Emerging Infectious Diseases or IATF (50.2%) earned majority approval for their respective responses to the pandemic. 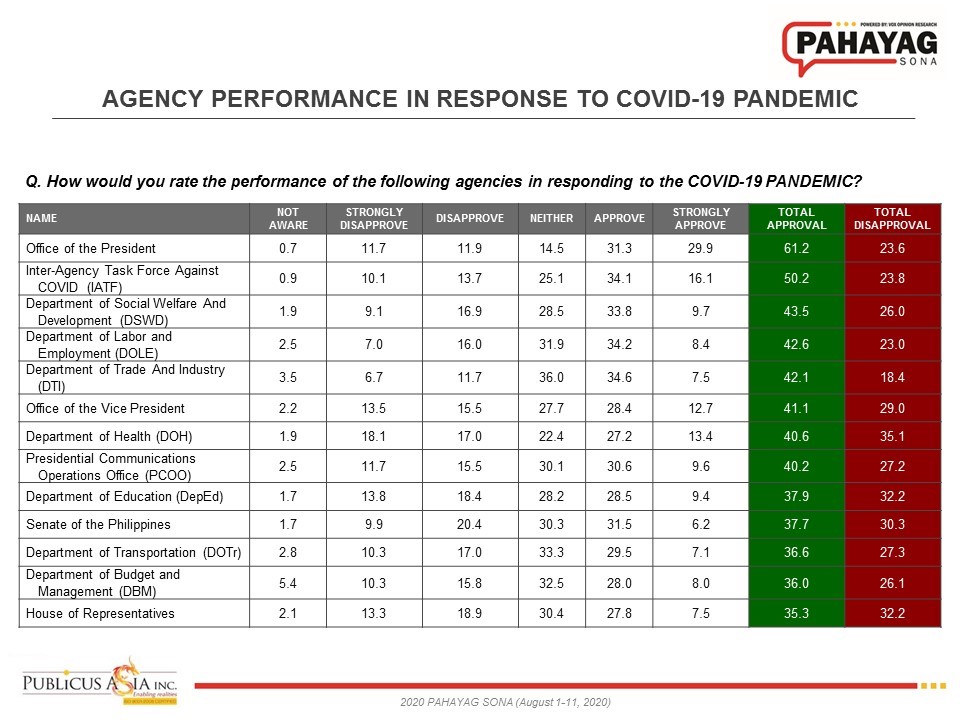 Respondents seemed particularly unimpressed with the pandemic interventions of Congress, with both chambers ranking among the bottom four in Total Approval. Only 37.7% of respondents approved of the Senate’s response to COVID-19. The House of Representatives had the lowest approval rating among all institutions tested at 35.3%.

While respondents overwhelmingly approved of the government’s strict enforcement of basic COVID-19 personal safety protocols such as the use of face masks (84%), the ban on large public gatherings (80.9%), and physical distancing (78.6%), they were less enthusiastic about the government’s implementation of more complex policies such as contact tracing (61.1%) and distribution of financial aid through the Social Amelioration Program of the Department of Social Welfare and Development (58.8%).

Barely half of respondents (52.9%) approved of the government’s “overall treatment of OFWs and LSIs (locally stranded individuals) affected by the COVID-19 pandemic.” However, more than three-fourths or 77.8% of respondents approved of the implementation of “increasing intake capacity through hospital expansion and quarantine center construction.”

The survey results also suggest that the various restrictive quarantine policies implemented by the national government since March may have had a significant negative impact on food security and employment among respondent households. 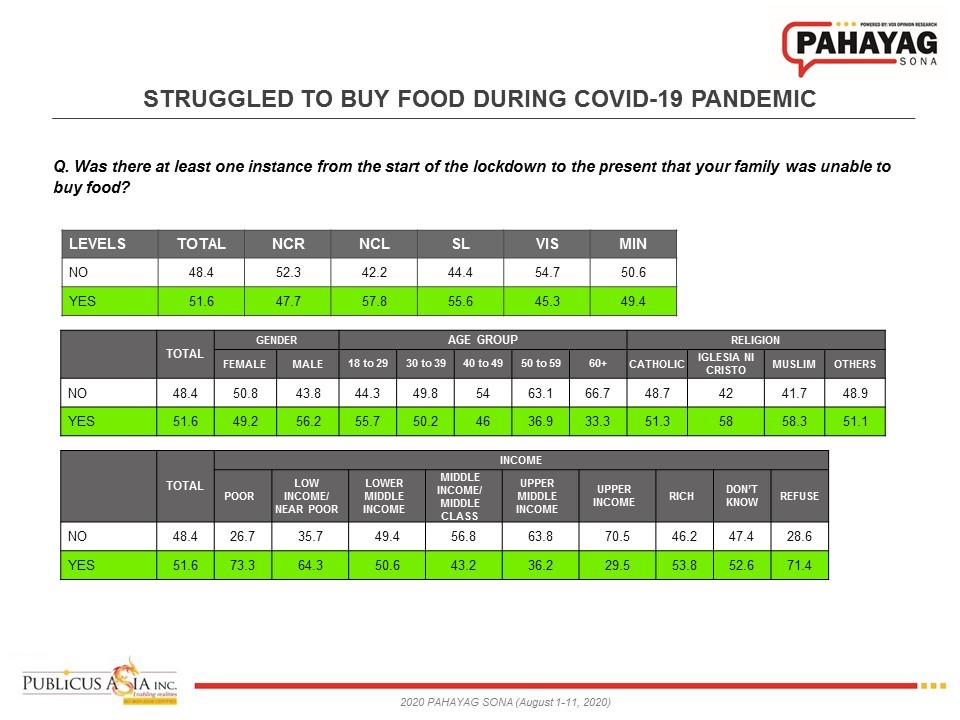 More than half or 51.6% of respondents reported at least one instance since the start of the lockdown when their families were unable to buy food. The highest incidences of inability to buy food were reported among respondents from North Central Luzon (57.8%) and South Luzon (55.6%) — two areas placed under the two-month Luzon-wide Enhanced Community Quarantine from March to May.

Six out of every ten respondents also reported that someone in their household lost his or her job because of the COVID-19 pandemic. Pandemic-related incidences of unemployment were highest among respondents from North Central Luzon as well as those from Poor and Near Poor households. 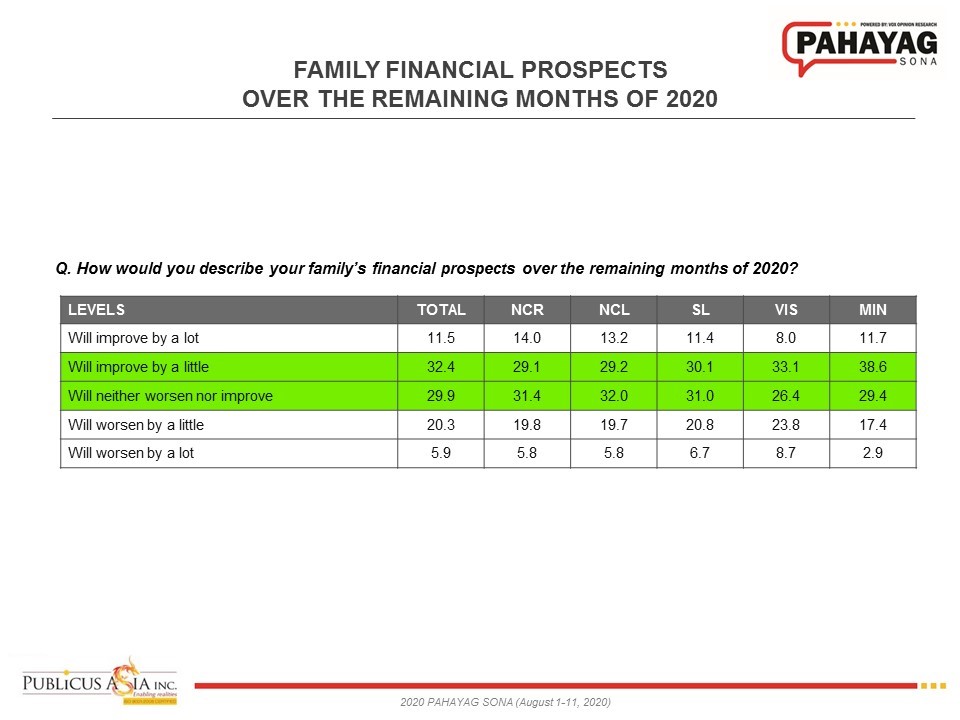