The respondents of the national PAHAYAG SONA survey conducted between August 1-11, 2020 identified President Rodrigo Duterte as the top 5 leader who most shows love, concern, and care for the country. 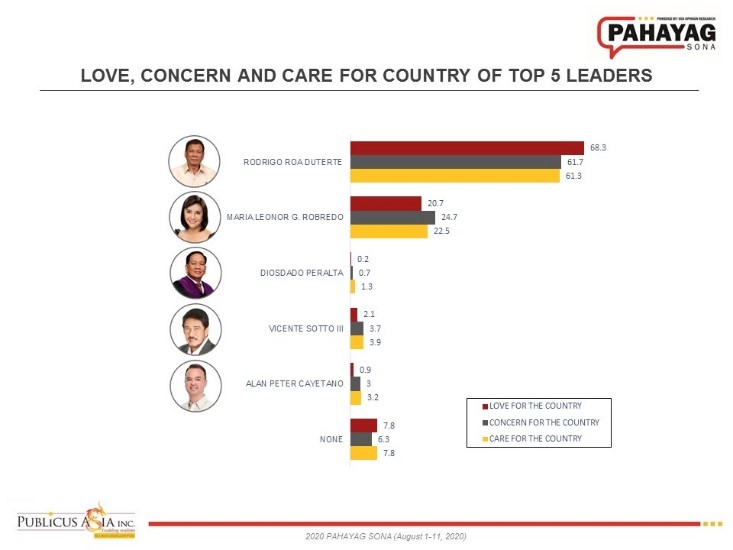 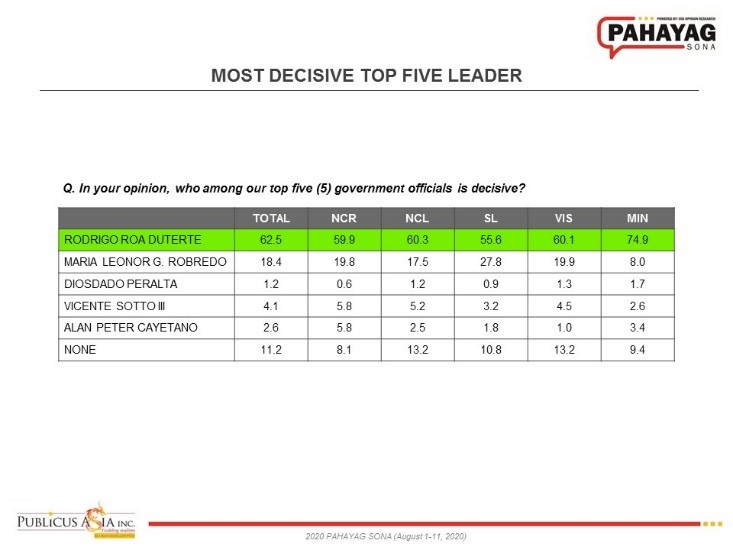 PAHAYAG SONA is a 1,500-respondent independent and non-commissioned online panel survey conducted by PUBLiCUS Asia, Inc. The panel for the survey was provided by Lightspeed GMI Singapore Pte Ltd.