Provincial Capitols to be featured in PUBLiCUS’ Kapitolyo 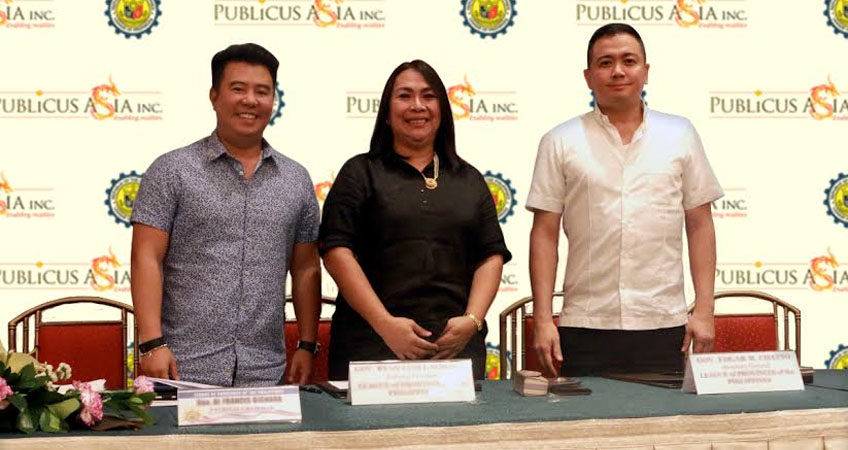 PUBLiCUS Asia, Inc. is publishing the first coffee table book on Provincial Capitols of the Philippines.

Philippines’ first and only SEC-registered Lobbying and Campaigns Management firm PUBLiCUS Asia, Inc. will engage in storytelling as it commits to publishing books in celebration of its 15th anniversary in January 2018.

For 15 years, PUBLiCUS Asia has been actively donating in-house published books to libraries nationwide, with the goal of imparting political, social, and cultural knowledge to the readers. Through its publications, PUBLiCUS Asia aims to stimulate awareness and critical thinking, facilitate elevated discussions, and call for societal action towards reform among local citizens, public officials, civic organizations and private businesses.

Some may think lightly of revisiting the history and heritage of long standing landmarks as the provincial capitols, especially in this era of technology, but for PUBLiCUS Asia, exploring cultural heritage offers a robust variety of benefits. It believes that every historical site, in this case the provincial capitol, has an important story to tell. Such stories provide Filipinos a spontaneous sense of unity and belongingness, paving way for a better understanding of the past and strengthening one’s identity. Furthermore, flipping through the pages of history allows the generations to learn both from the successes and failures of their ancestors.

Taking into consideration the Philippines’ cultural background heavily influenced by Spanish, American, and Japanese colonialism, Kapitolyo will highlight the evolution of the provincial capitols as local landmarks. The book aims to instill local pride and advocates the preservation of one’s heritage. It hopes to ignite a campaign for the provincial capitol to be included in the list of primary tourist destinations in the locality. Digging into the local scene, readers will be exposed on the Filipinos’ way of life in the provinces and be led to better appreciate the Philippines as a country rich with historical and cultural treasures.

Working in tandem with PUBLiCUS Asia in this project is the League of Provinces of the Philippines (LPP). A memorandum of agreement was signed between PUBLiCUS and LPP last March 15, 2017.
Kapitolyo is expected to be off the press in January 2018.