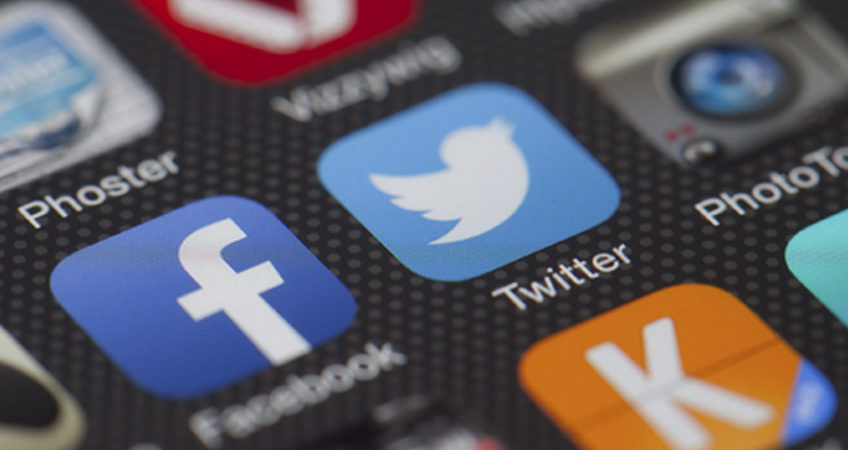 The fourth Social Media Intelligence Report (SMIR) covers the latest rankings of senatorial candidates generated from April 1, 2019 to April 30, 2019. Based on the report, the candidates included in the Ranking by Exposure have changed significantly from last month. Former SAP Bong Go is in first place, followed by Bayan Muna Rep. Neri Colmenares at second place. Dr. Willie Ong is in third place and Mar Roxas at fourth place. Rounding up to the top 5 is reelectionist Grace Poe.

From 6th to 10th place are, Bato Dela Rosa, Imee Marcos, Larry Gadon, Chel Diokno and Florin Hilbay. Making it in the Magic 12 are Juan Ponce Enrile and Bam Aquino. JV Ejercito lost ground in the top 12 while Enrile gained traction this month. It is notable that four opposition candidates have increased their digital presence while those like Cynthia Villar and Francis Tolentino are weak.

For the metric Ranking by Popularity, Willie Ong and Bong Go head the list. In the top 12 are, Imee Marcos, Florin Hilbay, Chel Diokno, Bato Dela Rosa, Bam Aquino, Grace Poe, Sonny Angara, Mar Roxas, Neri Colmenares and Glenn Chong. Larry Gadon and Bong Revilla managed to slip the magic 12 while those like Glenn Chong and Sonny Angara made it to the rankings this month.

Doctor Willie Ong continues to lead the metric of Ranking by Virality. Florin Hilbay ranks second place and at the top 5 are, Chel Diokno, Bong Go and Grace Poe. Bato Dela Rosa, Bam Aquino, Neri Colmenares, Mar Roxas and Imee Marcos filling out the top ten. Reaching the top twelve are Glenn Chong and Romy Macalintal. Familiar names like Jinggoy Estrada and Bong Revilla did not make it this tracking period while Macalintal, Hilbay and Diokno have gained strength in this category. Raffy Alunan also lost footing this month.

Last January 2019, PUBLiCUS Asia launched its Social Media Intelligence Report (SMIR) as a guide to the May 2019 elections. PUBLiCUS Asia announced that the SMIR monthly report will be released to the public to guide the voters, campaigners and candidates on the blue ocean strategy re using digital for political campaigns.### 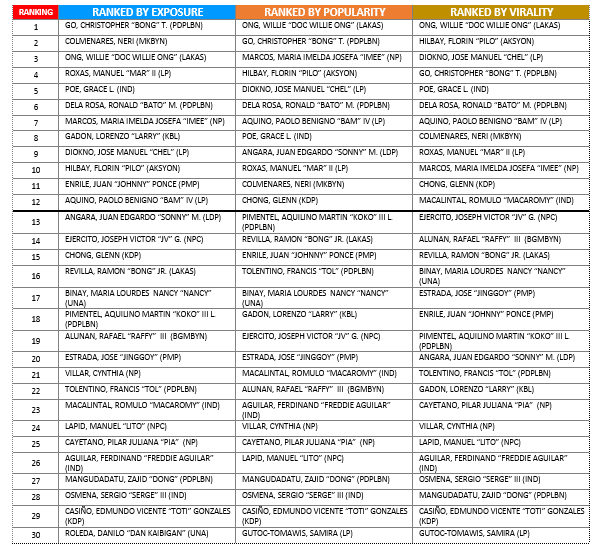 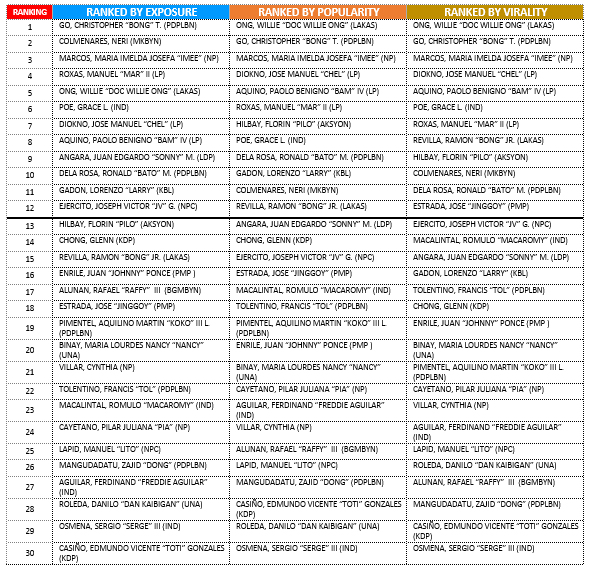 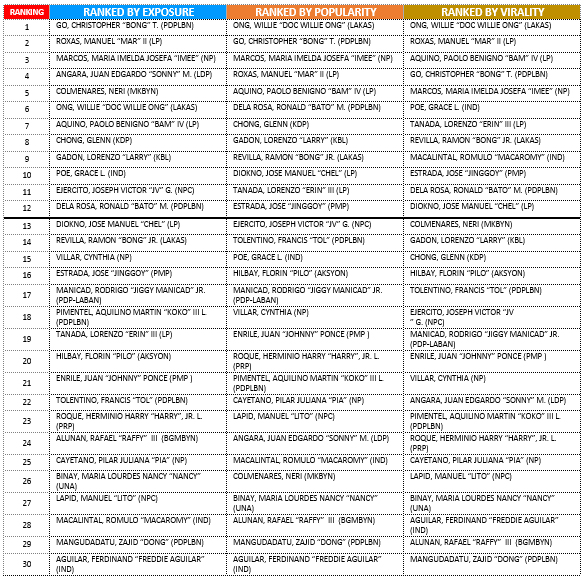 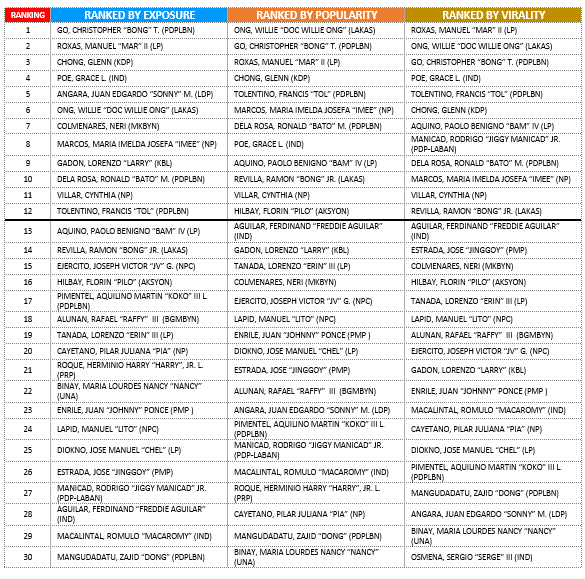