DESPITE PRRD ROW, ABS-CBN MOST TRUSTED IN VISMIN

MANILA – The vast majority of respondents of an independent non-commissioned survey of Visayans and Mindanaoans chose ABS-CBN as their most trusted television news source and most trusted media outlet overall, despite threats from popular Mindanaoan President Rodrigo Duterte to block the renewal of the company’s expiring franchise to operate. 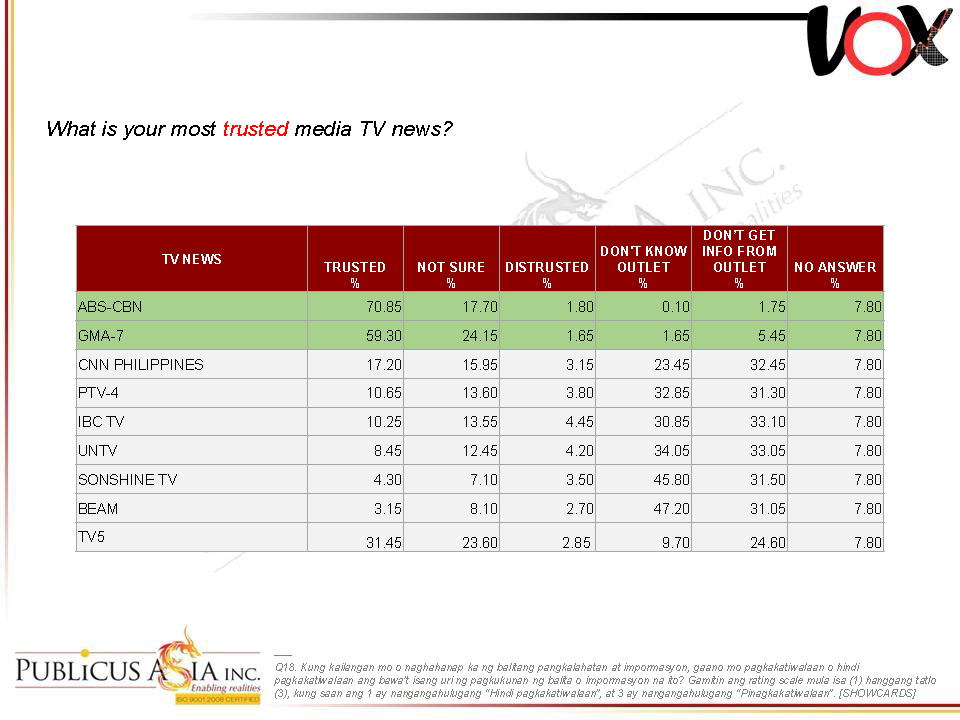 According to the results of PAHAYAG VisMin 2019, an independent non-commissioned survey of 2,000 registered voters in Visayas and Mindanao conducted from November 15-19, 2019, 70.9 percent of respondents indicated that they trusted ABS-CBN as a source of news while only 1.8 percent said they distrusted it.

“It appears that President Duterte’s attacks against ABS-CBN have had little effect on the company’s credibility among Visayans and Mindanaoans, where the President himself still enjoys the trust of 86.5 percent of the population based on our survey numbers. Despite their row with the President, ABS-CBN is still clearly king in Visayas and Mindanao,” said Mr. Aureli Sinsuat, PAI Executive Director and spokesperson. 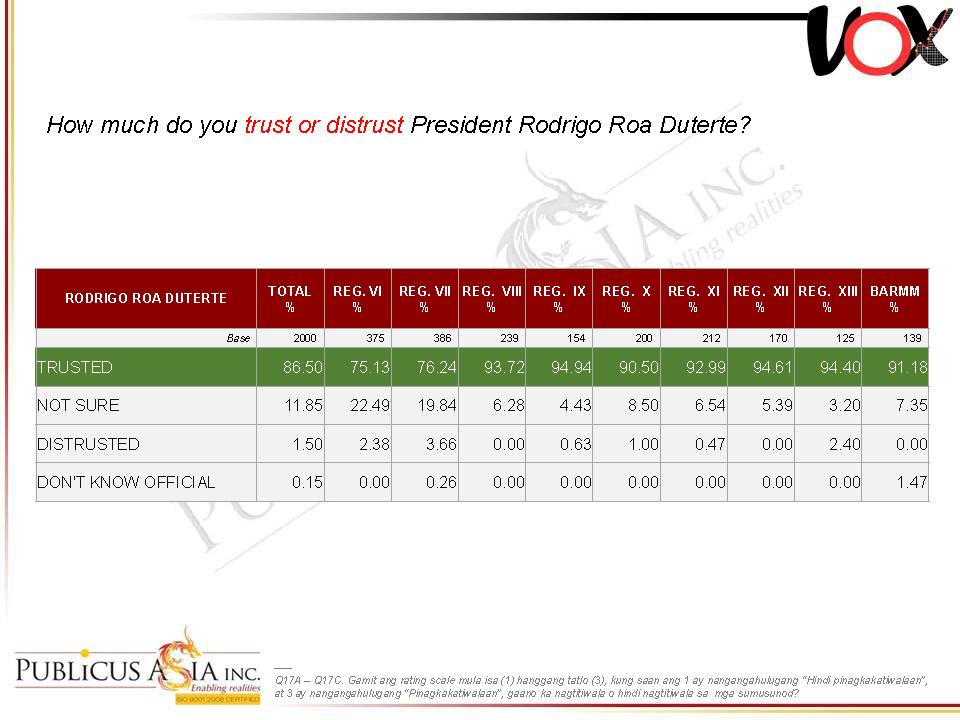 GMA-7 was the second most trusted news television news source with a 59.3 percent trust rating. TV5, CNN Philippines, and PTV-4 rounded out the top five with trust ratings of 31.5 percent, 17.2 percent, and 10.7 percent, respectively.

Sinsuat said the continuing popularity of ABS-CBN might cause Duterte and other vocal critics in elective positions to reconsider their hardline stance against the renewal of the company’s legislative franchise, which is set to expire on March 25, 2020.

So far, measures filed in both chambers of Congress to renew the ABS-CBN franchise for an additional 25 years have stalled as Duterte and prominent members of the legislature have voiced opposition to the bill’s passage.

“I think there would definitely be some backlash against politicians who are associated with efforts to block the franchise renewal if ABS-CBN and its popular news and entertainment programs end up being forced off the air because of it. That’s definitely something that ABS-CBN critics in government should consider,” Sinsuat said.