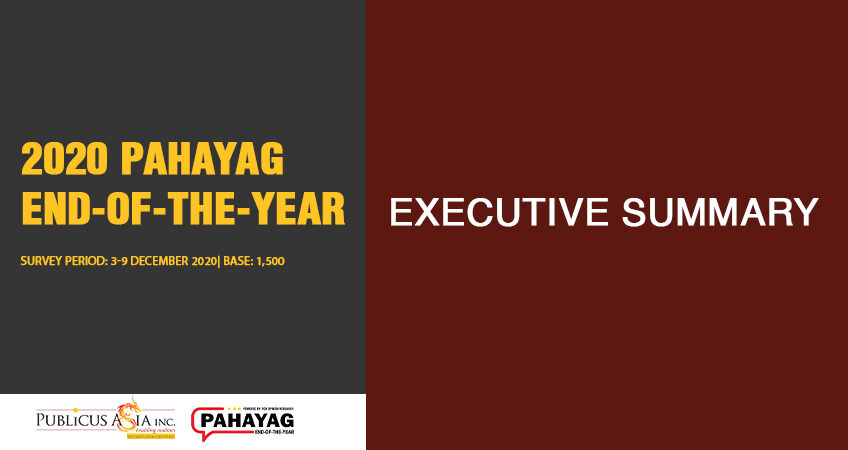 The PAHAYAG End-of-the-Year survey is an independent and non-commissioned poll done by PUBLiCUS Asia Inc. covering the period of December 3-9, 2020. It is a nationwide purposive sampling survey comprised of 1500 respondents drawn from a research panel of approximately 100K Filipinos maintained by a Singapore-based firm. The survey research panel was restricted to registered voters. Parameters based on respondent age and location were also considered in the sample formulation in order for the resulting sample to conform more closely to the features of the voting population as defined by statistics from the COMELEC.

There were nine (9) modules studied in this survey: state of the economy and economic prospects, assessment of COVID-19 responses, key national issues, leadership scorecard, emotional quotient, media consumption habits and responses to media campaigns, predisposition, travel and blended learning. The results are as follows: