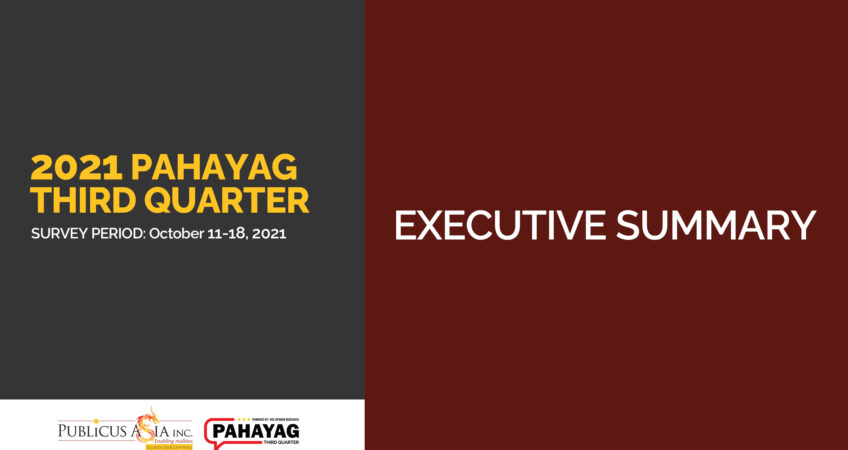 PAHAYAG-QUARTER 3 (PHYG-Q3) survey is an independent and non-commissioned poll done by PUBLiCUS Asia Inc. PHYG-Q3 should have been done in September 2021 but was moved to the end of the filing of the Certificate of Candidacy on 8 October 2021 in order to have actual candidates measured. Field work was conducted from October 11 to October 18, 2021.

PHYG-Q3 is a nationwide purposive sampling survey comprised of 1500 respondents drawn from a market research panel of over 200,000 Filipinos maintained by a Singapore-based firm.

There were six (6) modules measured: 1) state of the economy and economic prospects, 2) national issues, 3) scorecard for national leaders and institutions, 4) emotional quotient of incumbent and prospective leaders, 5) media consumption habits and media trust and 6) election preferences.

Table 7. Perception on National Issues – Current state of the country

Table 9. Perception on National Issues – Top issues for the president to focus during the remainder of his term

Table 10. Perception on National Issues – Household concerns going into the remainder of 2021