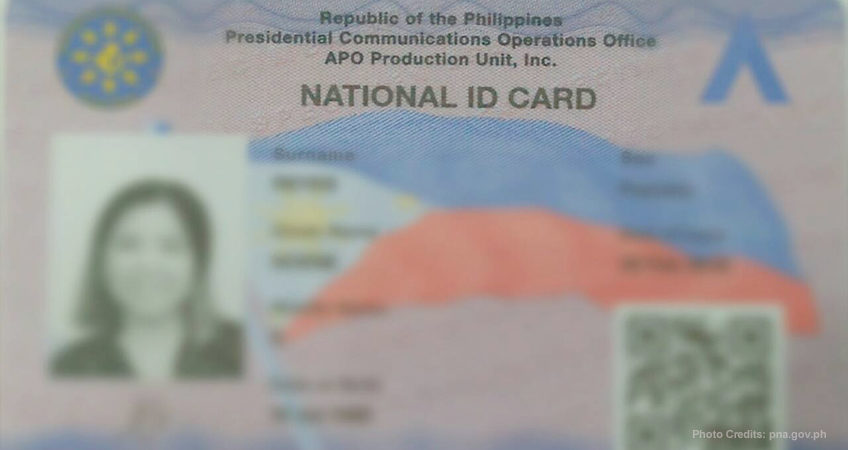 MANILA – The results of the second run of the NCR COVID-19 Online Panel Survey conducted by PUBLiCUS Asia, Inc. show overwhelming support for the immediate roll-out of the National ID System to streamline the distribution of government aid during calamities like the COVID-19 pandemic.86.8% of the 1,000 Metro Manila residents aged 18-70 interviewed between April 13-18, 2020 said they approve of “the immediate roll-out of National ID System to facilitate faster delivery of financial assistance and other aid to families affected by crises such as COVID-19”. Only 13.2% disapprove. 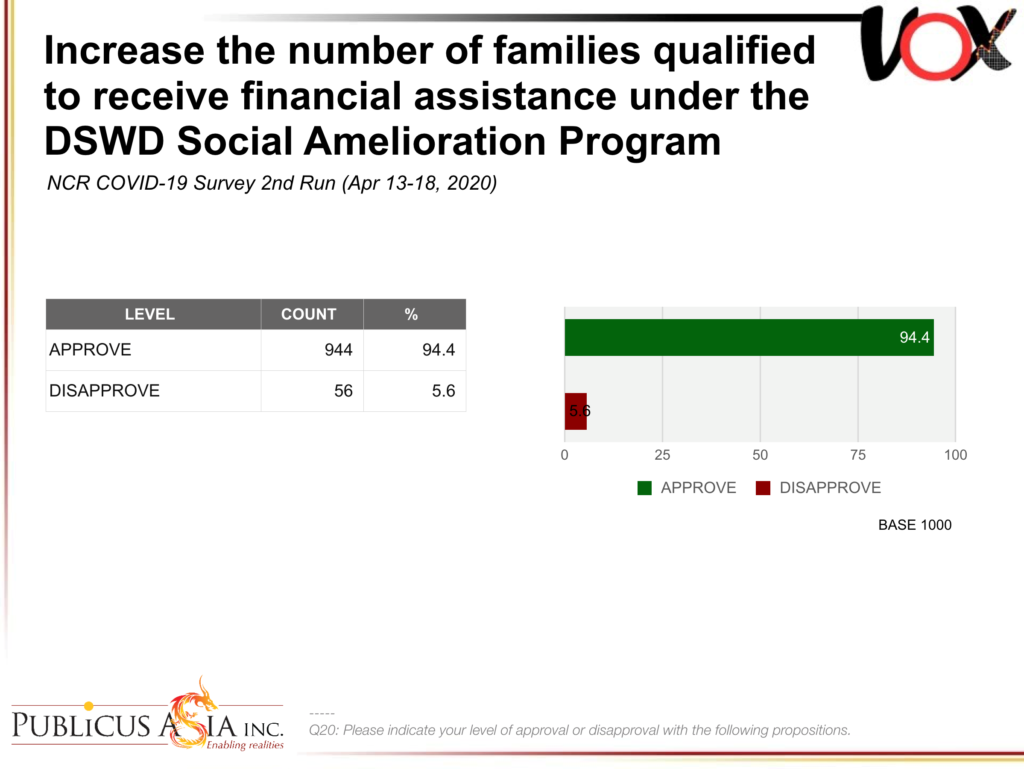 While support for the National ID System was fairly consistent among most demographics, it varied significantly by residence. 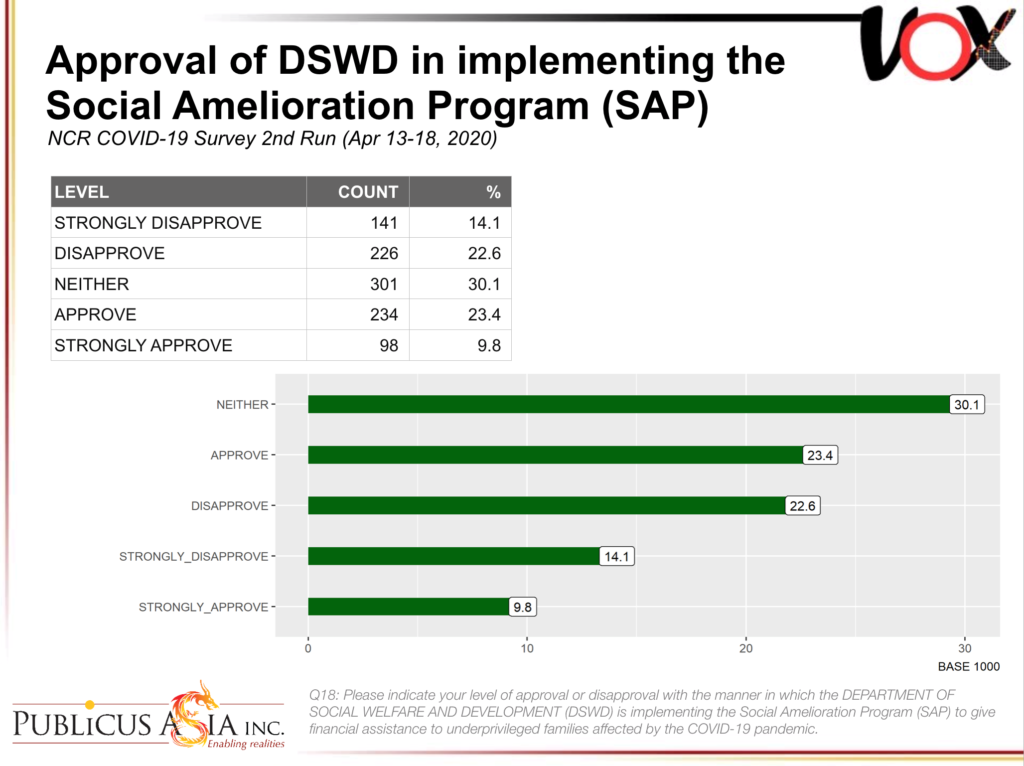 Mr. Aureli Sinsuat, PUBLiCUS Executive Director and spokesperson, said the roll-out of the National ID System should especially be prioritized in the National Capital Region and the 146 cities nationwide as it would “assist LGUs in contact tracing as well as determine who in the LGU population have already been tested. This important data will be used for any decision to lift the ECQ.”

“This data will also determine the degree of COVID-19 vulnerability within LGUs and weigh heavily in a timeline-driven pandemic response in case of a surge or relapse of cases,” he added.

The Philippine Identification System Act (Republic Act No. 11055) was signed into law by President Rodrigo Duterte on August 6, 2018. The National ID System has yet to materialize twenty months after, despite the fact that a total of more than PhP 6 billion has been allocated in the 2018-2020 national budgets for its implementation.

Section 15 of RA 11055 identifies the Philippine Statistics Authority (PSA) as the “primary implementing agency to carry out the provisions of this Act”. Section 16 also created a PhilSys Policy and Coordination Council (PSPCC) co-chaired by the Socioeconomic Planning Secretary and the PSA National Statistician.

However, Sinsuat also acknowledged the difficulty in getting the National ID system off the ground at this time, given its complexity and the heavy workload of LGU and national government personnel in combating COVID-19.

Sinsuat proposed the synchronization of LGU and national government databases and more aggressive data-sharing between agencies as a short-term solution to increase efficiency in identifying qualified beneficiaries for COVID-19 aid programs.

“Database synchronization would also increase transparency in the release of these funds because agencies can cross-validate their databases and remove any ghost beneficiaries that might be discovered. Through this inter-agency synergy, we can improve the transparency and accountability with which these funds will be handed out by the government,” he added.