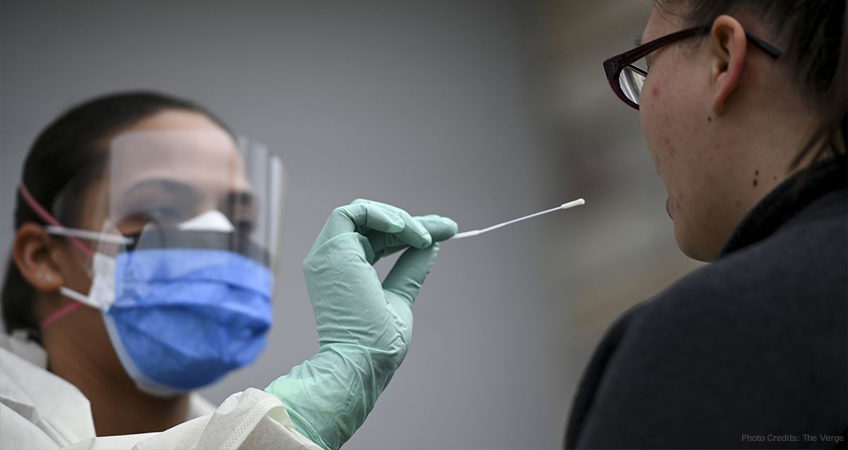 MANILA – More than two-thirds of the 1,000 Metro Manila residents interviewed for the second run of the NCR COVID-19 Online Panel Survey said they want the government to launch a COVID-19 mass testing program that includes people who have not yet shown any COVID-19 symptoms. 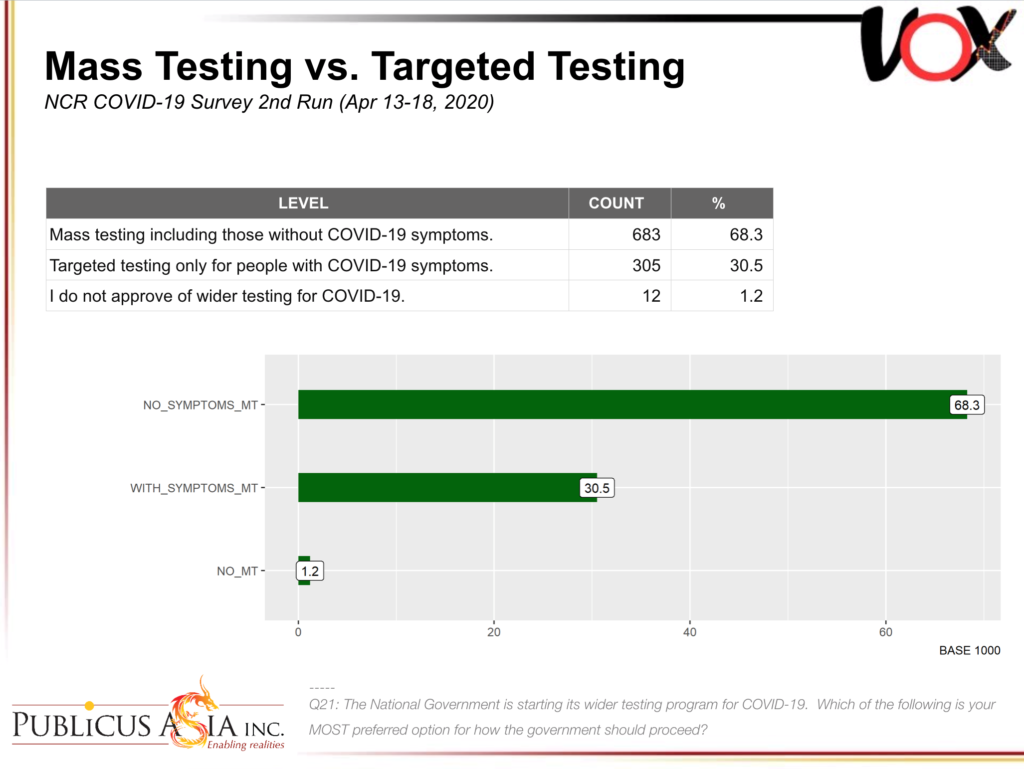 “These results suggest that the targeted testing program recently launched by the national government under the new Suspect-Probable-Confirmed case classification system may not be enough to satisfy public clamor for truly wide-scale mass testing in Metro Manila, the epicenter of the COVID-19 pandemic in the Philippines,” said Mr. Aureli Sinsuat, PUBLiCUS Executive Director and spokesperson.

While Sinsuat acknowledged that the country’s daily COVID-19 testing capacity has improved significantly over the past few weeks, he said it was unlikely that the government would be able to start a wide-scale mass testing program at the moment.

“A more reasonable target for the government in the short-term would be to resolve any existing targeted testing backlogs while working towards building the testing capacity required to undertake mass testing of asymptomatic individuals,” Sinsuat said.

“Every COVID-19 test the government conducts brings us one small step closer to flattening the curve and allowing Filipinos to gradually return to their normal lives. Testing would also be a critical component of a science-based decision tool to identify low-risk areas where restrictive quarantine measures can be lifted,” he added.

The NCR COVID-19 Online Panel Survey is an independent non-commissioned tracking survey designed by PUBLiCUS and VOX Opinion Research (VOX). The survey data was processed and analyzed by VOX, the in-house strategic research arm of PUBLiCUS.

The online fieldwork of the survey was conducted in partnership with Lightspeed Research/Kantar of Singapore. Lightspeed provided an online panel of 1,000 Metro Manila residents aged 18-70 from its pool of 100,000 Philippine panelists. The number of respondents per city was distributed proportionally based on official population data.