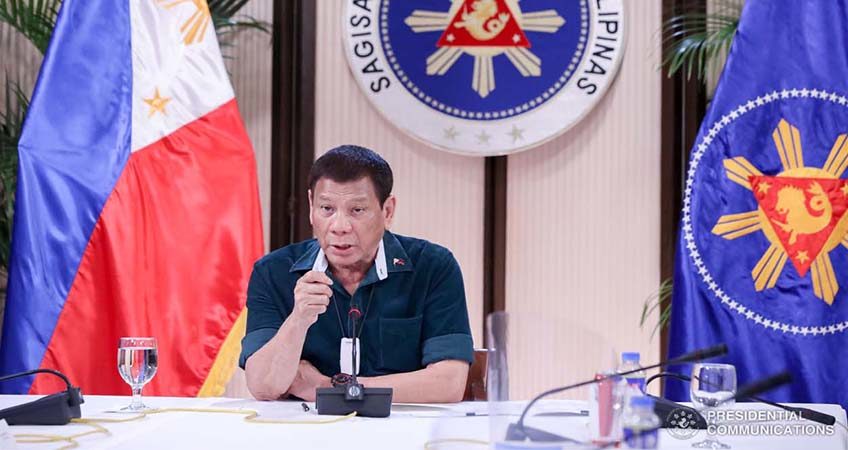 MANILA – Around 68% of the Metro Manila residents who participated in the third run of the NCR COVID-19 Online Panel Survey conducted by PUBLiCUS Asia Inc. and Kantar approve of the Duterte administration’s response to the COVID-19 pandemic.

67.8% of the 1,000 Metro Manila residents aged 18-70 who were interviewed between May 5-8, 2020 said they approve or strongly approve of “the manner in which President Rodrigo Duterte and the national government are responding to the COVID-19 pandemic.” 17% of respondents neither approve nor disapprove, while 15.2% either disapprove or strongly disapprove.

The third run results reflect a 1.9% decrease in approval compared to the second run of the survey conducted from April 13-18, 2020.

“The results of the May survey suggest a marginal decrease in approval among the panel population. However, approval of the Duterte administration’s response to COVID-19 among respondents of the May survey is still higher than the 66.6% approval rating recorded during the first run of the survey conducted from April 2-6,” said Mr. Aureli Sinsuat, PUBLiCUS Executive Director and Spokesperson. 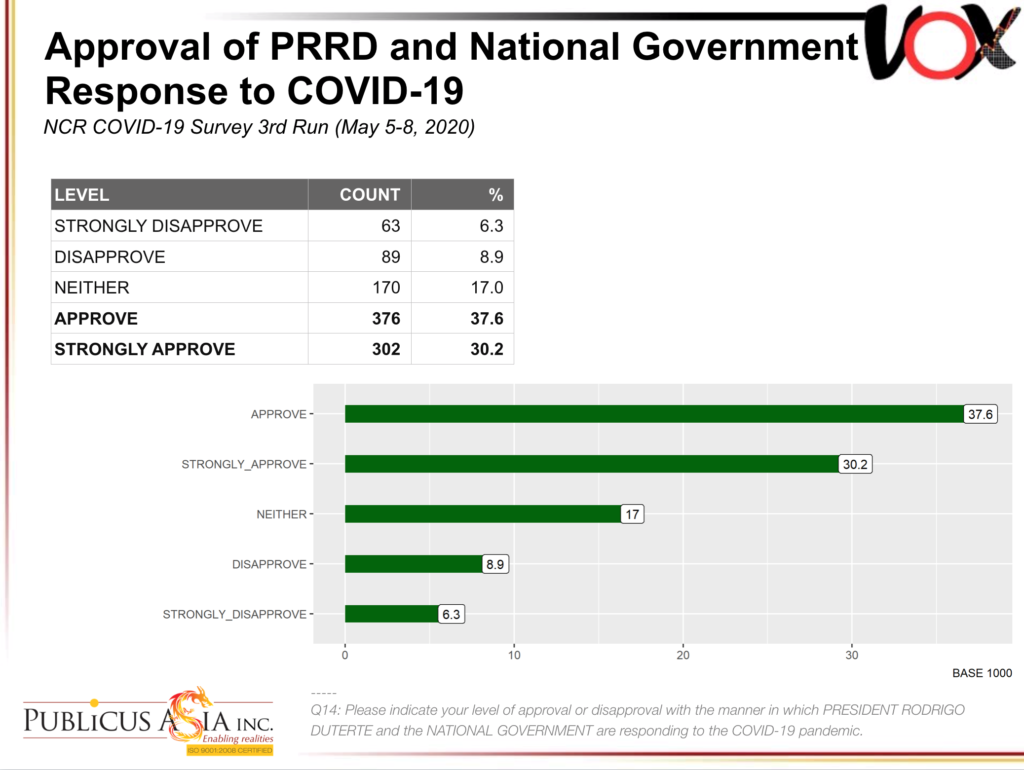 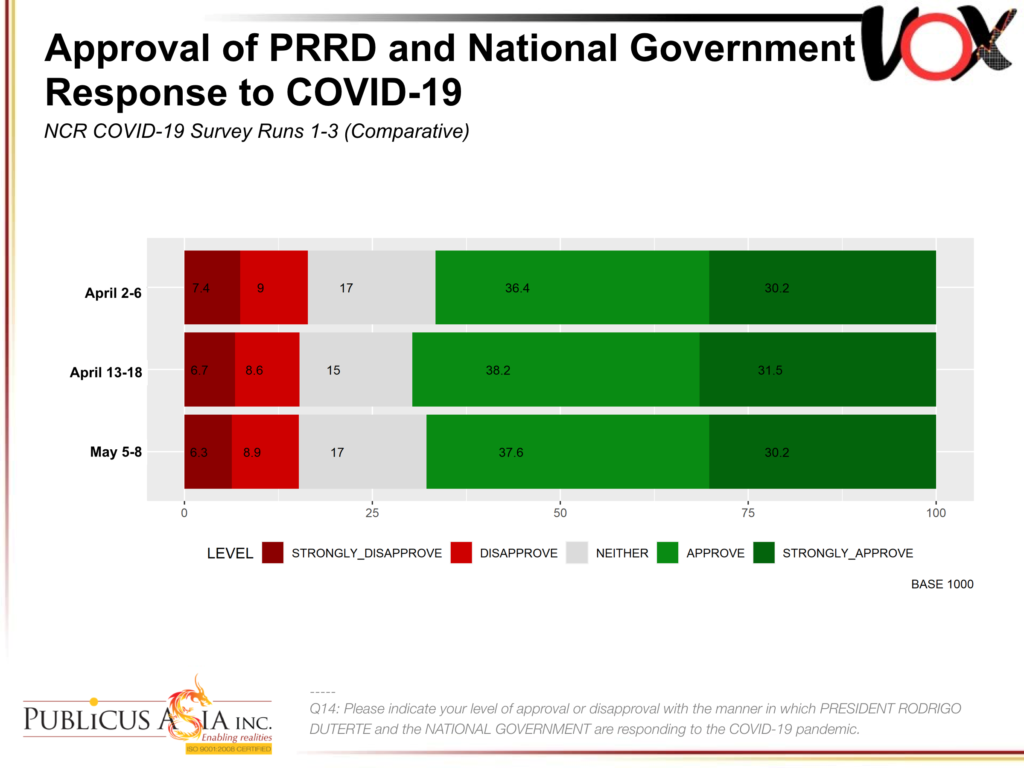 Approval was also low among younger respondents, with only 58% of those aged 18-29 registering approval of Duterte and the national government. Meanwhile, approval among respondents between the ages of 30-50 was significantly above average, hovering just below the 80-percent mark. 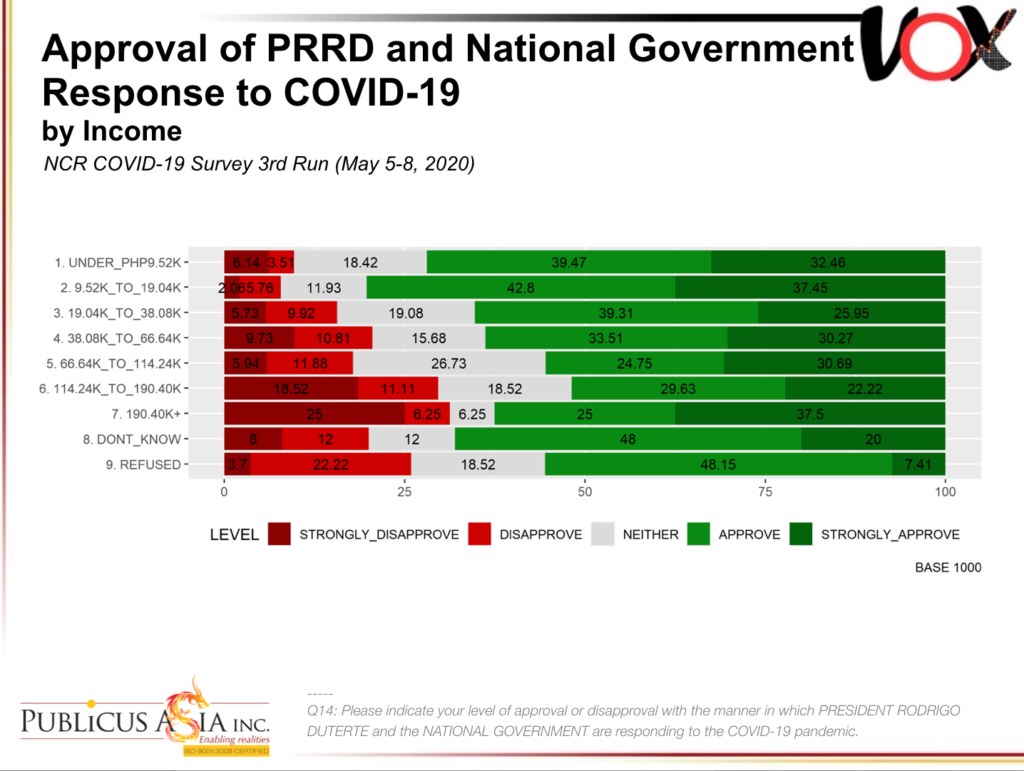 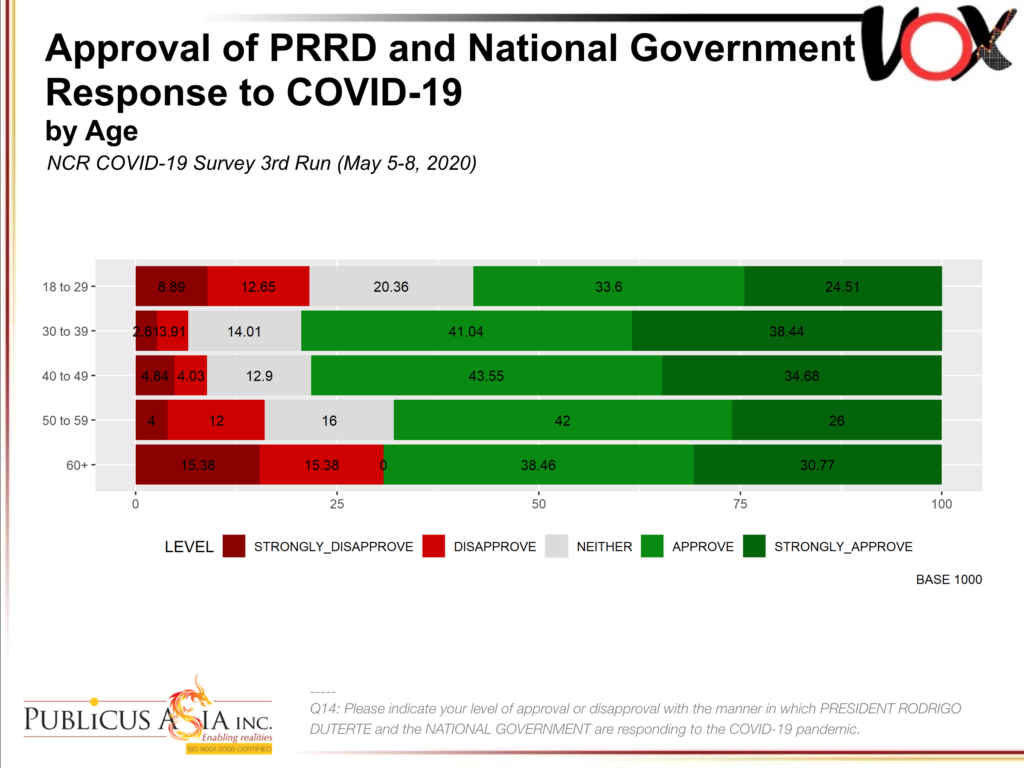 The full results of the third run of the survey will be presented at a Virtual Presser scheduled for Tuesday, May 12 at 11:00 AM (Philippine Standard Time). The VP will be streamed Live at the PUBLiCUS Asia Inc Facebook page.