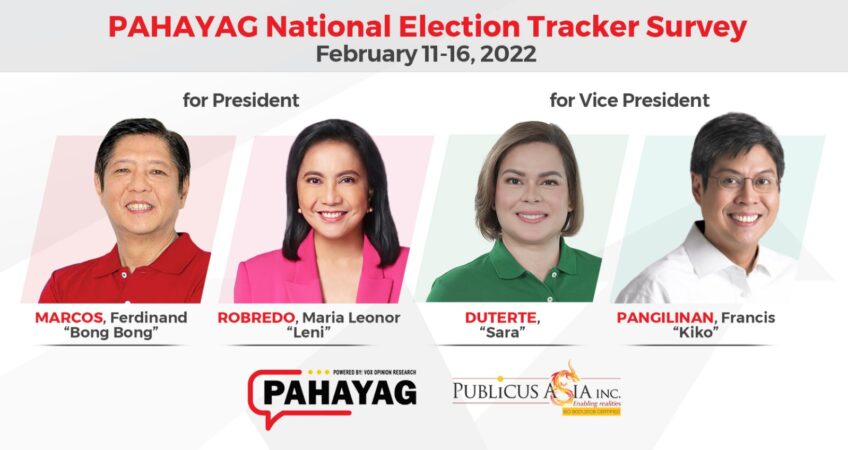 In the vice-presidential race, Pangilinan’s 13.67 percent vote share was followed closely by “Doc Willie” Ong (12.6%) and Senate President Vicente “Tito” Sotto III (9.2%). Almost nine percent of voters said they were undecided about their vice-presidential preference. Congressman Jose “Lito” Atienza rounded out the top six, earning just a little over one percent of the vote.

The PAHAYAG National Election Tracker Survey is an independent, non-commissioned national survey conducted by PUBLiCUS Asia Inc. under its PAHAYAG brand. The members of the purposive survey panel were randomly selected from the online research panel marketplace of 200,000 Filipinos maintained by the Singapore office of American firm PURESPECTRUM, based on parameters guided by official COMELEC statistics on registered voters.

Additional insights on the survey results for President, Vice President, and Senator were discussed on the inaugural episode of the PAHAYAG Election Report, which can be viewed on the official YouTube channel of PUBLiCUS Asia: