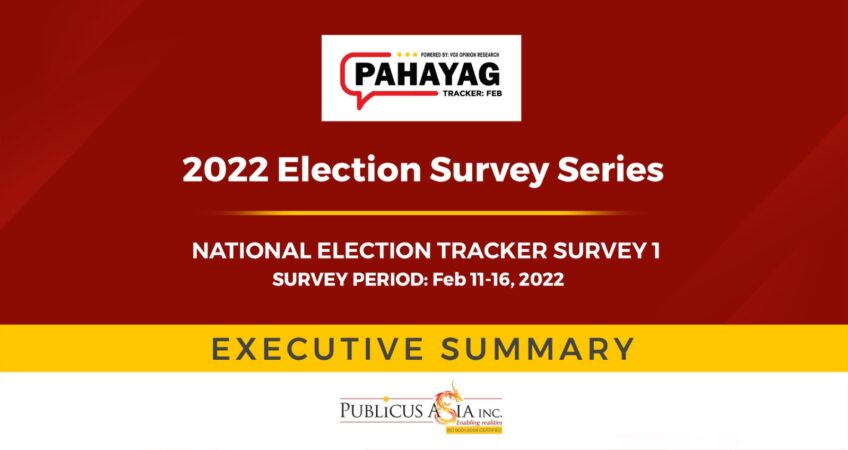 PAHAYAG NATIONAL ELECTION TRACKER: FEBRUARY (PT-FEB) is an independent, non-commissioned survey conducted by PUBLiCUS Asia Inc. It is the first edition of the 2022 NATIONAL ELECTION SURVEY SERIES under the PAHAYAG brand. The survey period was from February 11 to February 16, 2022.

PT-FEB is a nationwide purposive sampling survey comprised of 1,500 respondents that were randomly drawn from a market research panel by the Singapore office of American firm PURESPECTRUM. The sampling was guided by statistics generated from official COMELEC data.