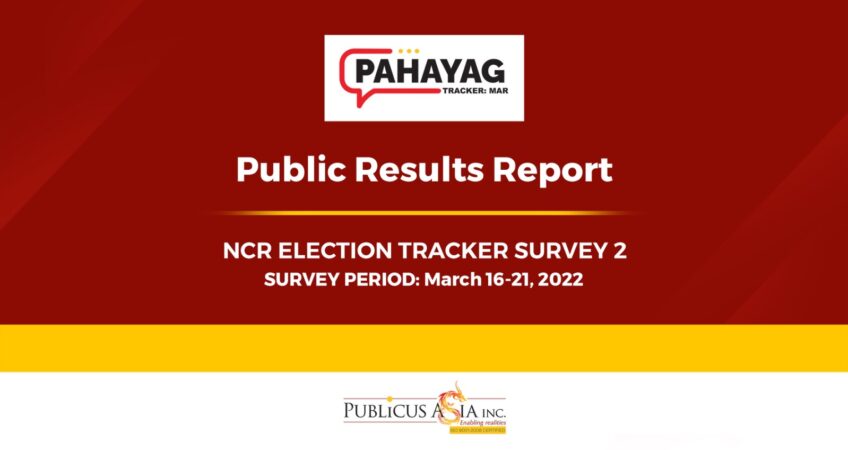 PAHAYAG NCR TRACKER: MARCH is an independent and non-commissioned survey conducted by PUBLiCUS between March 16, 2022 to March 21, 2022.

It is a survey comprised of 1,648 respondents from the National Capital Region (NCR) drawn from a market research panel of over 200,000 Filipinos maintained by PureSpectrum, a USbased panel marketplace with multinational presence.

The final survey research panel was restricted to registered voters. Parameters based on respondent age and gender were utilized in the sample formulation in order for the resulting sample to conform more closely to the features of the voting population, as defined by statistics from the COMELEC.

Minor adjustments were made in the sampling in PATEROS given its smaller representation in the panel marketplace of PureSpectrum.