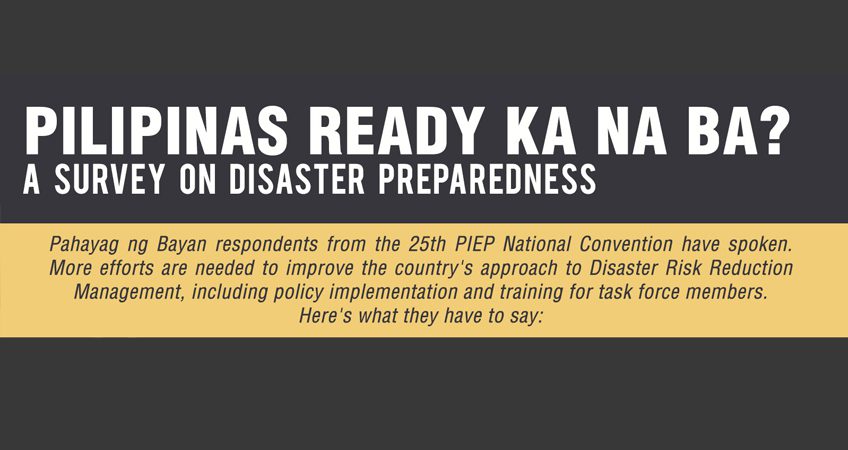 What good are policies if not implemented?

This question echoed as one of the top concerns of environmental planners, national and local government officials, as well as other professionals during the 25th PIEP National Convention with the theme “Politics, Policy & Planning” last November 8 to 10 at Dusit Thani Manila, Makati City.

A major sponsor of the event, PUBLiCUS Asia, Inc.’s interactive booth featuring its new service Pahayag ng Bayan, gathered answers of 73 survey respondents about the country’s disaster readiness. Choosing among the three options “Yes, we are ready,” “We are somewhat ready,” and “We are not yet ready,” majority of the survey respondents, most of them coming from local government units (LGUs), think that the country is only ready to a certain extent because of its poor policy implementation and budget cutbacks in the local government level.

Other survey respondents also echoed the need for capacity building for DRRM officers and task force members. LGUs, according to the survey respondents, may be well-equipped for disaster mitigation but their personnel’s lack of training affects the employment of service. The survey also revealed that majority of the respondents came from LGUs, followed by professionals (See infograph below).