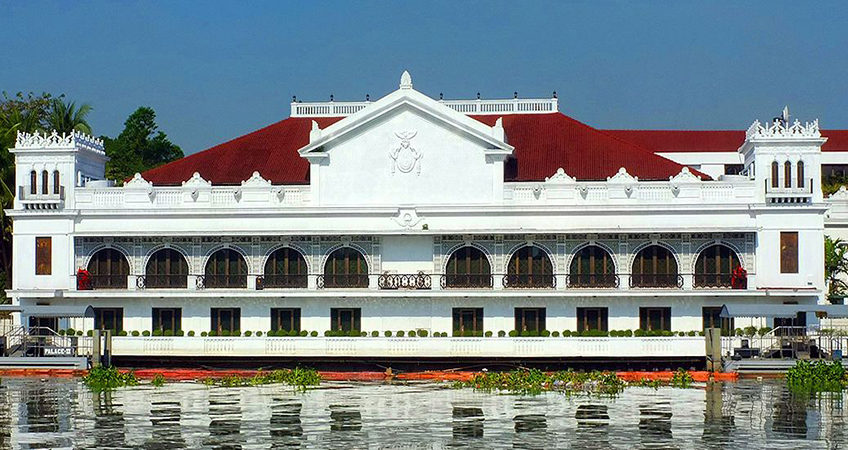 A national panel of 1,500 respondents gave the Duterte administration passing marks for all 19 major policy thrusts tested through the PAHAYAG SONA survey conducted by PUBLiCUS Asia Inc. from August 1-11, 2020.

Respondents to the survey were provided a list of 19 policy thrusts and asked the following question: “How would you rate the Duterte administration’s performance on the following?” The answer choices provided were Strongly Disapprove, Disapprove, Neither Approve Nor Disapprove, Approve, and Strongly Approve.

A majority of respondents signified they either Approve or Strongly Approve of the admin’s performance for all 19 policy thrusts. The highest approval ratings were earned for providing quality tech voc and tertiary education (75.27% approval), providing quality primary and secondary education (74.80%), responding to natural disasters (73.74%), and taking care of OFWs (70.87%). 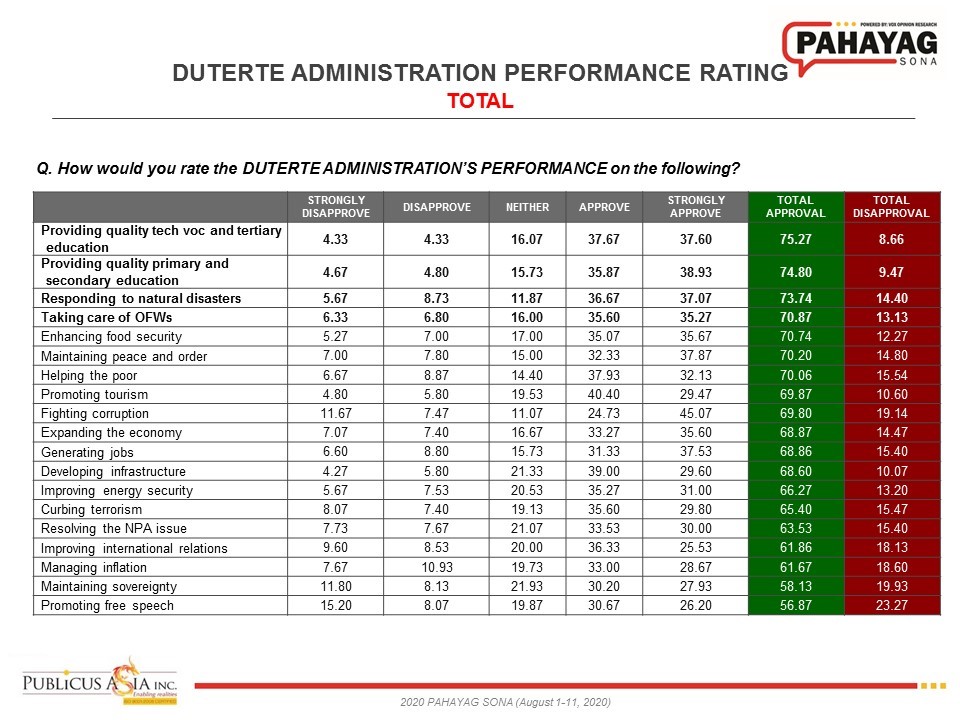 The highest approval rating for any single issue measured at the island group level came from Mindanao, where 85.7% of respondents said they approved of the administration’s performance in responding to natural disasters. The lowest approval ratings were registered in North Central Luzon, where only 51% of respondents approved of the administration’s performance on promoting free speech and maintaining sovereignty.