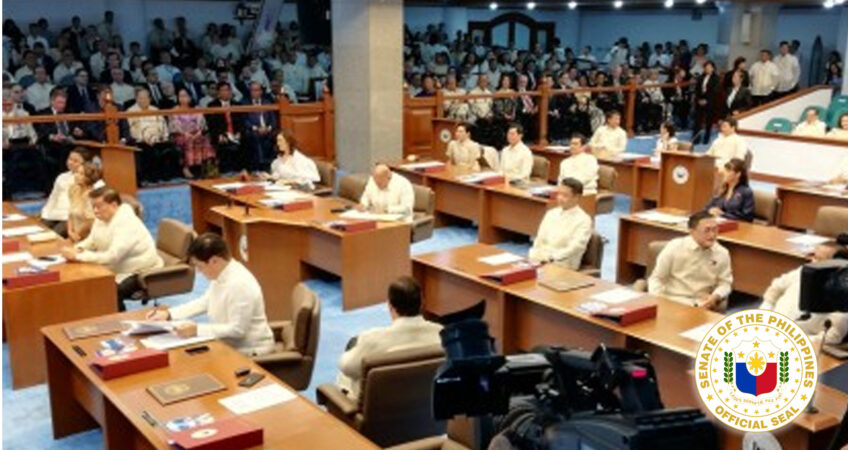 MANILA – Incumbent and returning senators dominated the senatorial results of the PAHAYAG Election Tracker Survey, capturing eight of the top 12 slots in the survey conducted between February 11-16, 2022 by PUBLiCUS Asia Inc.

Senate returnees Francis “Chiz” Escudero and Alan Peter Cayetano were the top choices for senator among the 1,500 respondents to the survey, garnering 50.7 percent and 43.5 percent of the vote, respectively. Senator Win Gatchalian finished in third place with 40.3 percent of the vote.

Dr. David B. Yap Jr., Chief Data Scientist of PUBLiCUS, said the senatorial results highlighted the influence of the sizable proportion of middle-class voters included in the sample of the survey.

“Points of interest germane to this point include the inclusion of Chel Diokno in the top 12, as well as the relatively lower preference shares of popular personalities such as Raffy Tulfo, Jinggoy Estrada, and Robin Padilla, who place much higher in the surveys of other reputable firms,” Yap said.

Yap characterized the race for the Senate as “competitive”, with more than twenty names polling above the 15-percent mark and twelve names competing for “four to maybe six of the twelve spots.”

“Those who are polling above 40% are relatively safe. All the other candidates from 15% onwards are still within striking distance of any of the remaining twelve seats for the Senate,” Yap said.

The PAHAYAG National Election Tracker Survey is an independent non-commissioned national survey conducted by PUBLiCUS Asia Inc. The 1,500 registered Filipino voters comprising the purposive survey panel were randomly selected from the online research panel marketplace of 200,000 Filipinos maintained by the Singapore office of US-based PURESPECTRUM. Parameters based on respondent age, gender, and location were also utilized in the sample formulation in order for the resulting sample to conform more closely to the features of the voting population, as defined by statistics from the COMELEC.

The full interview with Dr. David B. Yap Jr. may be viewed here: https://youtu.be/wk4njWH7l18

The Executive Summary of the Feb. 11-16, 2022 may be viewed here: https://www.publicusasia.com/pahayag-national-tracker-1/