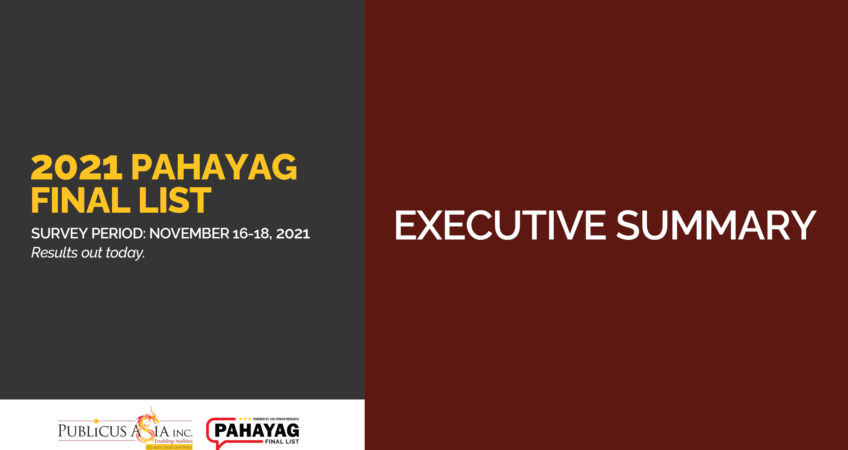 PAHAYAG: FINAL LIST is an independent and non-commissioned poll done by PUBLICUS ASIA INC. It was conducted from November 16 to November 18 in order to poll respondents AFTER the deadline of substitution last November 15.

PAHAYAG: FINAL LIST is a nationwide purposive sampling survey comprised of 1,500 respondents from a market research panel of over 200,000 Filipinos maintained by the Singapore office of a US-based firm PURESPECTRUM. The sample was restricted to registered voters and the distribution was guided by parameters based on age, gender, and regional voter population statistics from the COMELEC. The random selection of valid respondents was conducted by PURESPECTRUM.

The survey focuses on preferences for the PRESIDENTIAL and VICE-PRESIDENTIAL races as well as views on TANDEMS.