A political volcano leads the PH, but democracy is not at risk – Tiquia 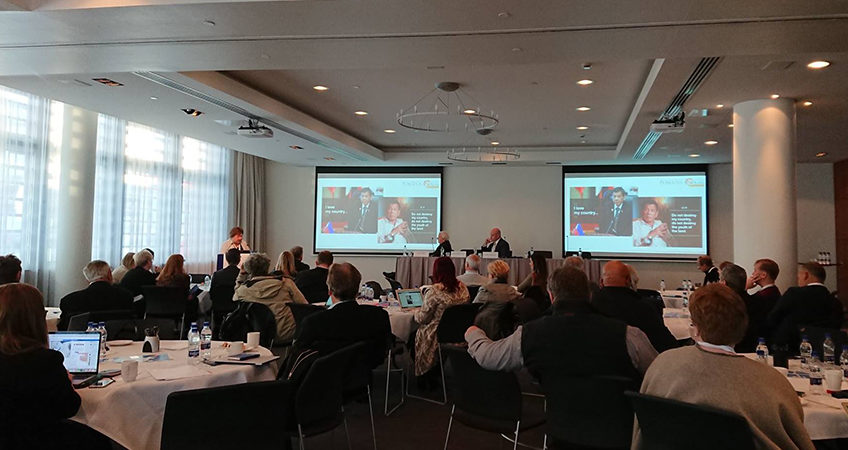 During the International Association of Political Consultants (IAPC) Conference held at Reykjavik, Iceland last November 12, PUBLiCUS Founder and CEO Ma. Lourdes Tiquia emphasized a glaring irony in Philippine politics today – the Philippines is being led by a political volcano but democracy in the country is not remotely at risk. “Yes, [Rodrigo] Duterte is a political volcano, figuratively and literally. But no, Democracy is not at risk in my country,” Tiquia said.

Tiquia opined that although Duterte has been pictured by Western media and governments as a “risk,” because of his strong stance against illegal drugs, the Philippine President remains committed in enabling a thriving Philippines. In fact, for the longest time, it is only Duterte who has confronted the illegal drug menace, seeing it as a major factor to the Philippines’ disapproving ranking in the ASEAN region.

Duterte who is known as the tough, straight-talking mayor of Davao became the first president to hail from Minanao in the under-developed south, a region that is home to a decades-long insurgency and known for its underrepresentation in state politics. That’s why Tiquia described Duterte as a game-changer. Tiquia said the moment Duterte entered the presidential campaign, he has changed the rules of the game.

“Duterte threw the campaign playbook and wrote his own. Duterte was a black swan. He entered by substitution, was adopted by a party born in Mindanao. He had no machinery and financial muscle, but secured a 33 from 24 percent preference rating in 90 days.”

Tiquia pointed out that Duterte is also notable for pursuing a paradigm shift in the Philippines’ foreign policy – a quad pivot towards Japan, China, Russia and the US. This foreign policy has helped stabilize the region on territorial disputes and won over all the world’s big powers. “Diplomatically, he has done what no leader before him has done. He remains a strong voice for Asia and ASEAN,” Tiquia said.

But according to Tiquia, the main reason that Duterte is seen as a game changer is that he has seen that 30 years after Martial Law, the Philippines is still a country controlled by oligarchs with a poverty rate of 26 percent. He did not promise heaven or greatness, but a comfortable life for all Filipinos.

Tiquia further said that Duterte has ignited hope for Filipinos who have been frustrated with traditional politics; he is beginning to give a voice to those who aren’t heard; and has embarked on a mission to save the victims of many corruption cases, crime and violence.

“He is a nationalist, not a populist. Duterte is a Filipino leader who has shown that love of country is the highest virtue than that of the presidency,” Tiquia said.