MANILA – The results of an independent non-commissioned survey conducted last month indicate that the majority of the 43% of voters hailing from Visayas and Mindanao who are aware of the contentious Divorce Bill support its passage in Congress.

According to the results of PAHAYAG VisMin 2019, an independent non-commissioned survey  conducted by consultancy firm PUBLiCUS Asia, Inc. among 2,000 registered voters in Visayas and Mindanao from November 15-19, 2019, only 36.7 percent of respondents indicated that they are aware of the proposed divorce law. 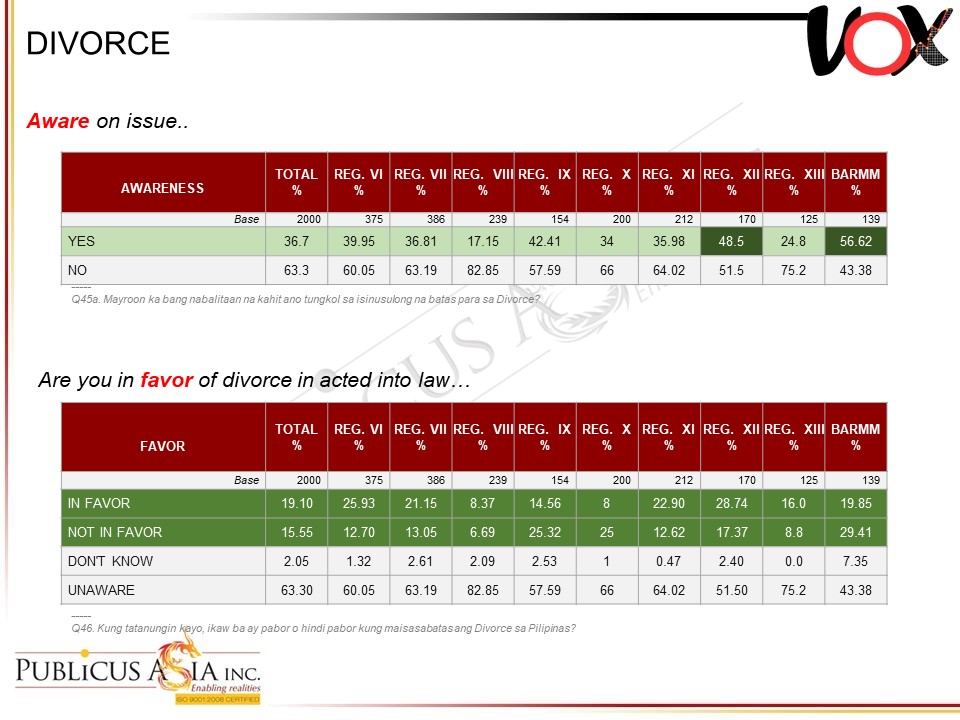 Among respondents aware of the divorce issue, 52 percent indicated support for the passage of a divorce law, with 42 percent opposing divorce and 6 percent being unsure.

Mr. Aureli Sinsuat, PAI Executive Director and spokesperson, pointed out that support for divorce varies greatly from region to region.

“Support for divorce is strong in Western Visayas, Central Visayas, Davao Region, SOCCSKSARGEN, and Caraga, while opposition against it is strong in Zamboanga Peninsula, Northern Mindanao, and BARMM,” Sinsuat said.

Sinsuat said that although the divorce bill won a slim majority of support among aware respondents, the fact that 63.3 percent of Visayans and Mindanaoans are unaware of the issue makes it difficult to draw conclusions regarding the actual level of support for divorce in those critical island groups.

“Divorce has always been a contentious issue in the Philippines, but recently it has fallen off the radar. Advocates of the divorce law would have to do a better job of educating our countrymen about the perceived benefits of divorce for the people if they want to win enough public support to revive discussions about the bill in a Congress filled with influential anti-divorce lawmakers,” Sinsuat said.

Sinsuat also noted that while the majority of respondents aware of the issue believe divorce would negatively impact Filipino families, they also believe that it will help victimized spouses get out of abusive marriages. 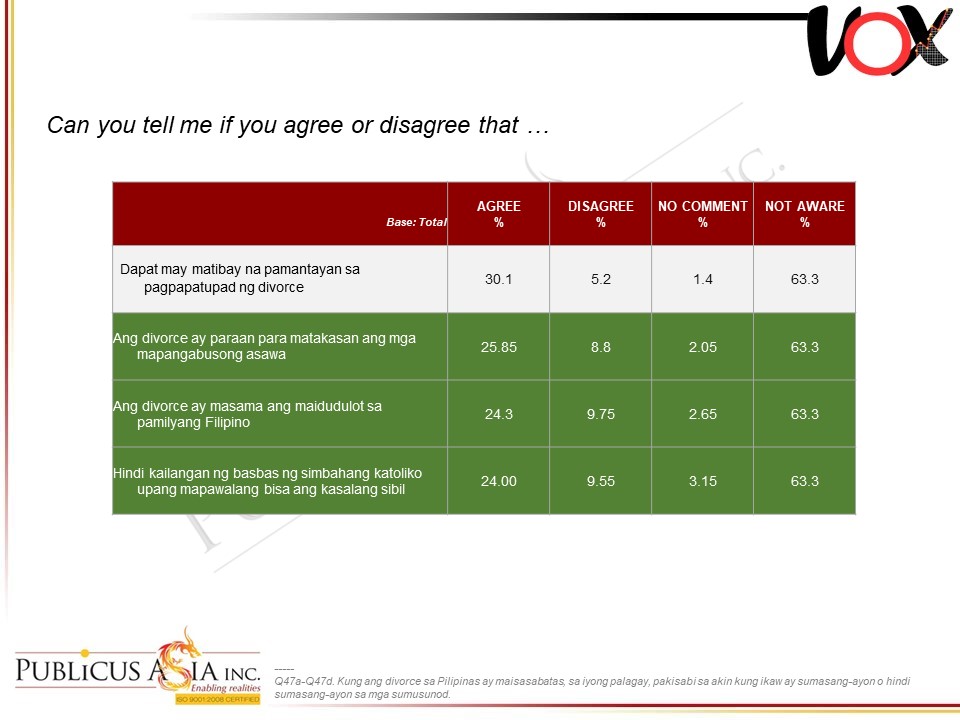 “Packaging divorce as a necessary legal mechanism to protect abused spouses from their predatory partners appears to be the strongest argument for its passage in the minds of Filipinos. Divorce advocates should take note of this moving forward,” Sinsuat said.