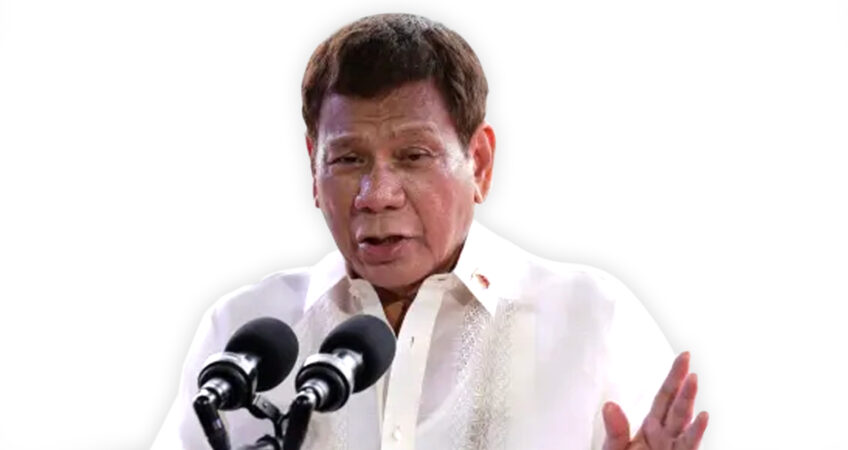 The approval and trust ratings of President Rodrigo Duterte are higher in April 2022 than at any point in 2021, according to the results of the PAHAYAG 2022 First Quarter Survey (PQ1 2022) conducted by PUBLiCUS between March 30 and April 6, 2022.

67.2% of the 1,500 respondents who participated in the survey said they ‘approve’ or ‘strongly approve’ of Duterte’s performance as chief executive over the past twelve months. His approval ratings on PUBLiCUS’ 2021 quarterly surveys ranged from a low of 57.9% in July 2021 to a high of 64.9% in March and December 2021, respectively.

“President Duterte is on pace to become the first president in recent history to end his term with approval and trust ratings above 50%. The longevity of President Duterte’s popularity is a rarity in Philippine presidential politics,” said Mr. Aureli Sinsuat, Executive Director of PUBLiCUS.

However, Robredo also earned the highest Total Disapproval and Total Low Trust ratings among the top five government officials. 42.2% of respondents said they ‘disapprove’ or ‘strongly disapprove’ of the Vice President’s performance over the past twelve months. Almost half of all respondents (48.2%) said they put ‘no trust’ or ‘low trust’ in Robredo.

“Vice President Robredo’s relatively poor approval and trust ratings are likely attributable in part to her branding as the leader of the opposition. 42.9% of survey respondents identified themselves as ‘mildly’ or ‘strongly anti-opposition’. This is practically identical to her 42.2% disapproval rating, and close to her 48.2% Total Low Trust rating,” Sinsuat noted.

“The data suggest a harsh electoral climate for opposition standard bearers going into the May 9 election. The majority of voters are likely looking for a candidate who would continue the policies and programs of the popular outgoing president – not someone who would oppose them,” Sinsuat added.

PAHAYAG 2022 First Quarter Survey is an independent, non-commissioned nationwide purposive sampling poll conducted by PUBLiCUS between March 30 and April 6, 2022. The 1,500 respondents who participated in the survey were randomly drawn by the Singapore office of American firm PureSpectrum from its market research panel of over 200,000 Filipinos.