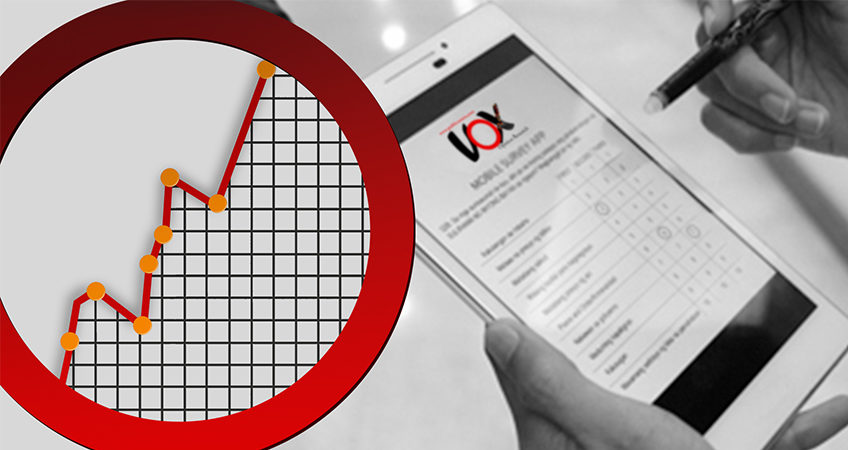 When national conversation changes in an instant, PUBLICUS Asia, Inc. believes that it is essential not only to keep up to date with the public voice, but also to draw timely, useful and relevant data analyses on them. 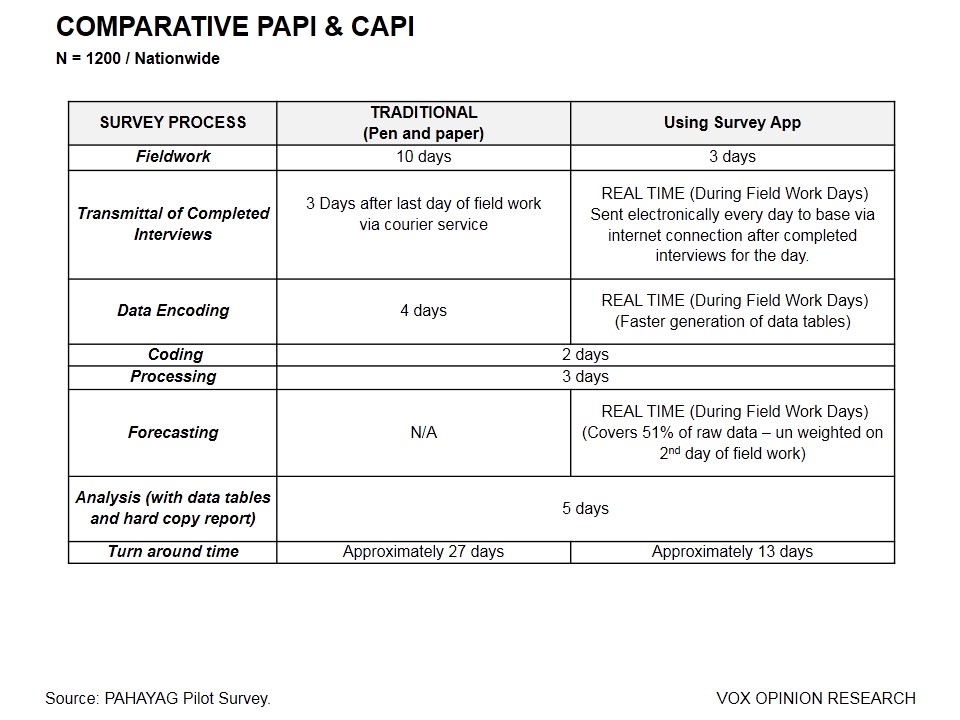 PUBLiCUS upgraded its research arm by shifting from the traditional pen and paper interviews (PAPI) to computer-assisted personal interviewing (CAPI) data collection method. With its commitment to good quantitative research, PUBLiCUS has developed its own mobile survey application known as VOX Survey designed to deliver a fast-turnaround for survey results and provide a more accurate, more actionable picture of what the people think. Consequently, it has completed its omnibus opinion poll called PAHAYAG. 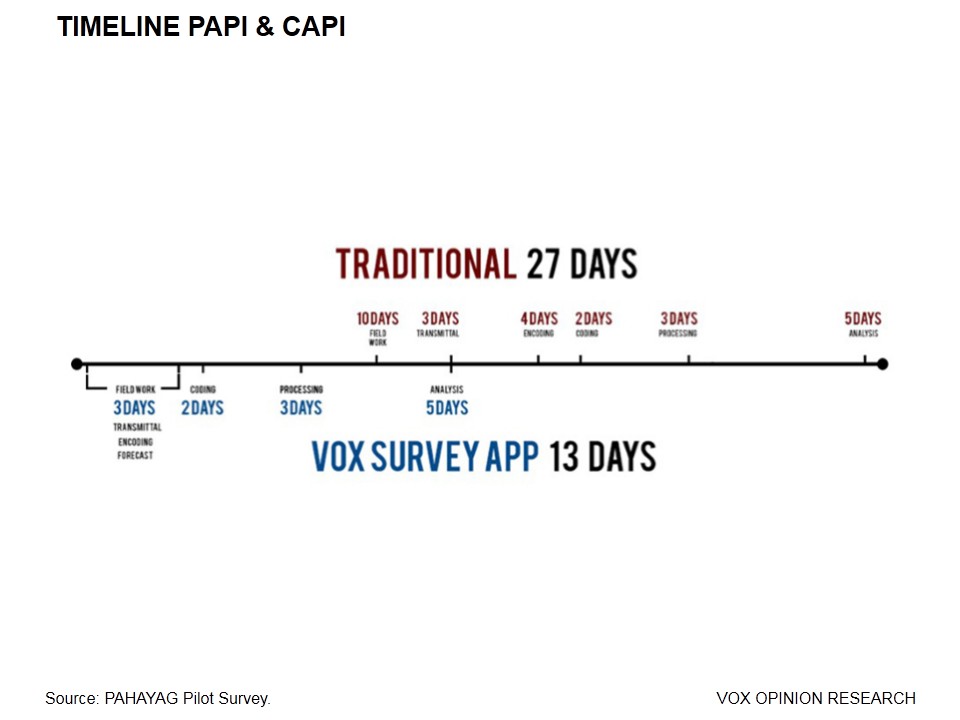 PUBLiCUS Founder and CEO, Ma. Lourdes N. Tiquia, emphasized that timely and relevant data has been the company’s primary concern. By leveraging on technology, PUBLiCUS Asia, Inc. can deliver survey results in real-time while they are still relevant and top-of-mind. Tiquia is also making a stand that in contrast to the top commercial polling firms’ turnaround time of one month or more, it is possible to provide survey data in a shorter time. In fact, through the VOX Survey app, turnaround time of results is two weeks tops.

Thru its mobile survey app and the technological advances of CAPI, the fieldwork for PUBLiCUS’ PAHAYAG Pilot Study with a base of 1,500 respondents nationwide took only 3 days. Final results of the survey, with analysis, were released in only 11 days. Turnaround time for CAPI-based surveys is definitely faster than PAPI-based surveys, which normally takes 30 days from fieldwork to analysis to release of results. This is a disruption in the field of survey research in the Philippines. The integrity of results and the speed at which they are acquired and processed are very important in properly identifying issues timely and relevant to citizens. The shift from the traditional PAPI to CAPI is a big step towards better quality of data collection.

The results of PUBLiCUS’ PAHAYAG Pilot Study will be launched to the public on August 28, 2017 at the Marco Polo Hotel in Ortigas Center where PUBLiCUS will introduce the Love, Care, and Solidarity of Leaders Index (LCSI), a new metric in measuring Filipinos’ perception toward their elected leader, and the Decisiveness Index, setting it apart from other polls and offering new ways of measuring performance of government leaders in the eyes of the public.

Pahayag is only one of the many research tools developed by PUBLiCUS. Through its research arm, Vox Opinion Research, it conducted two national surveys on the psychographics of Filipino voters in 2009 and 2015. Vox uses the American dial-based Perception analyzer, a tool for testing concepts, speeches, videos and TV and radio ads on Focus Groups. Vox also offers COMPINTRIX service through Ubermetrics, a German online analytics technology used in Communication Controlling, Crisis Communication, Public Relations, Competitors Analysis, and Lead Generation.

PUBLiCUS Asia, Inc. is a full-service political management and lobbying firm, the first and only of its kind registered with the Securities and Exchange Commission and the Bureau of Internal Revenue since 2003. Its core competencies are: government relations, campaigns management, strategic communications, competitive intelligence, and capacity building.