PUBLiCUS Issues Protocol on Pahayag as Early as Public Launch

PUBLiCUS follows a standard protocol in its polls, which was also presented in the public launch of the Pahayag Pilot Survey on August 28, 2017 in Marco Polo Hotel, Pasig City. These principles ensure that the polls conducted produce accurate, relevant, and timely results. PUBLiCUS, through its research arm VOX Opinion Research, has been conducting local and nationwide surveys since 2007. 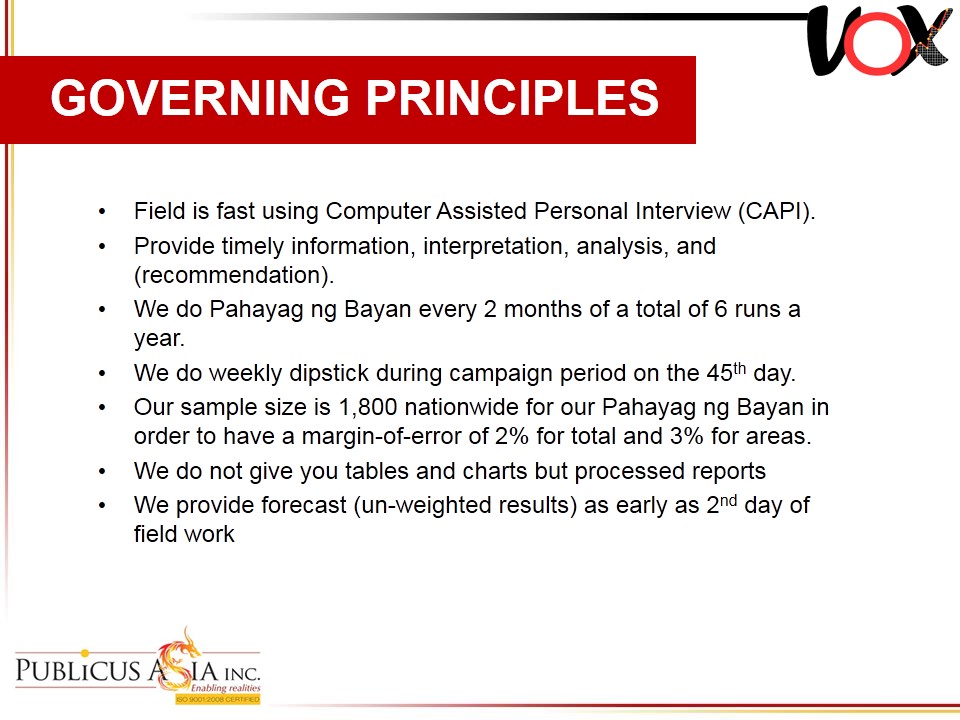