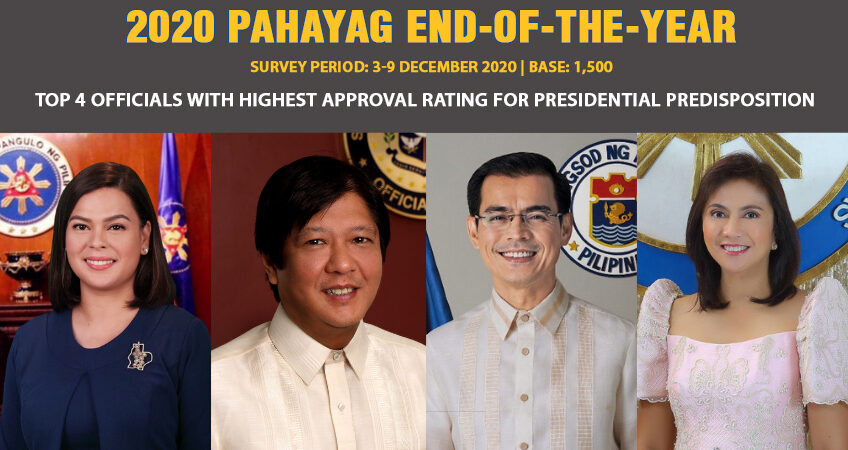 On the predisposition module of PAHAYAG-EOY, a total of 20 names were fielded for presidential predisposition, with undecided and none from the list options provided to respondents. There is no dominant figure as yet but there appears to be tiers of support from the respondents.

Sara Duterte, Bongbong Marcos, Isko Domagoso and Leni Robredo, the incumbent Vice President are in a four-way tie for the top spot in presidential predisposition. The first tier ranges from 10% to 15% support. Occupying the second tier (10% and below) are Manny Pacquiao, Grace Poe and Tito Sotto. No clear frontrunner can be identified, as yet. 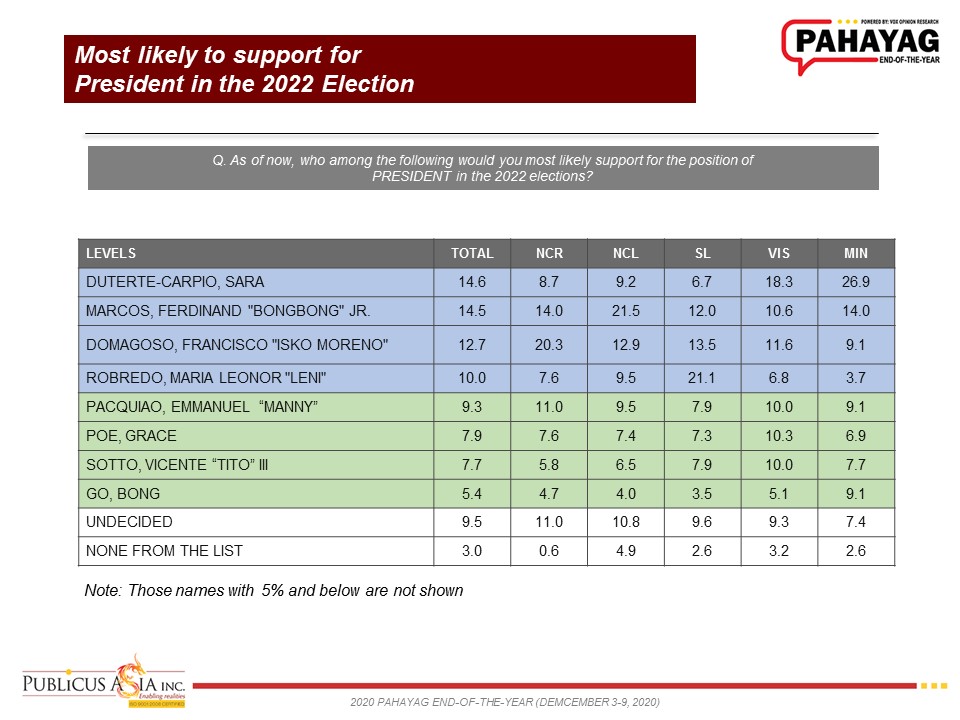 On the other hand, 18 names were in the list for the vice presidential predisposition, with Sara Duterte and Isko Domagoso virtually tied for the top spot at 17% and 16% respectively. Though they are tied, the level of support is not dominant at this time. Trailing behind are Grace Poe, Manny Pacquiao, Bong Go and Tito Sotto with support averaging at 10%. Given that the nominal leaders have relatively low shares, no clear frontrunner can be identified. 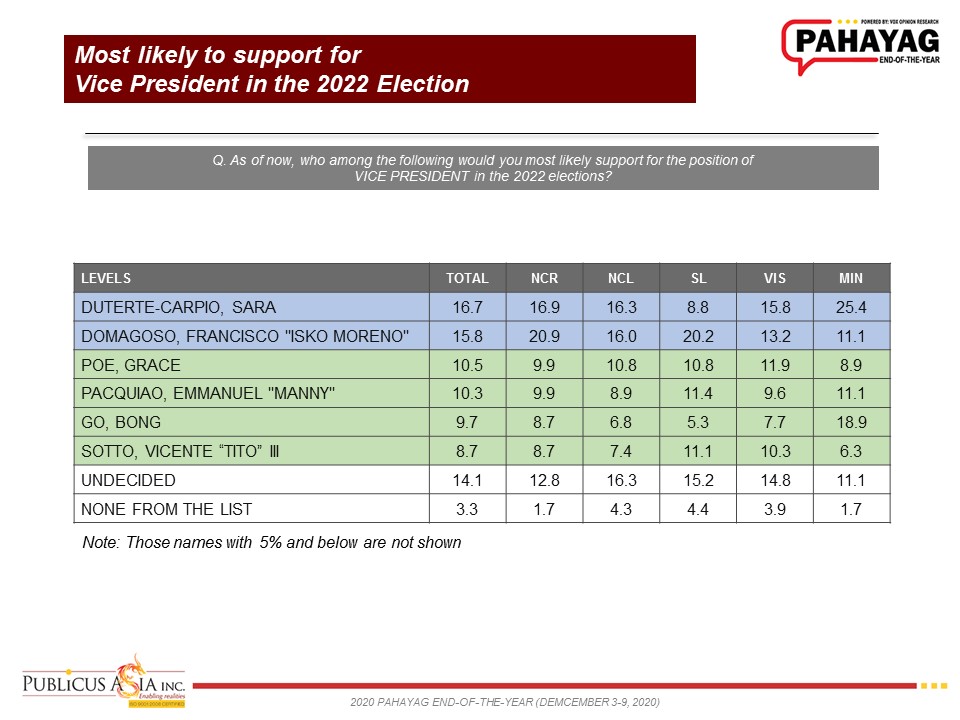 For the Senate, a total of 67 names were listed. Willie Ong, Lucy Torres and Vilma Santos-Recto are in the Top 12, with Willie Ong posting a choice rate of ~56%. 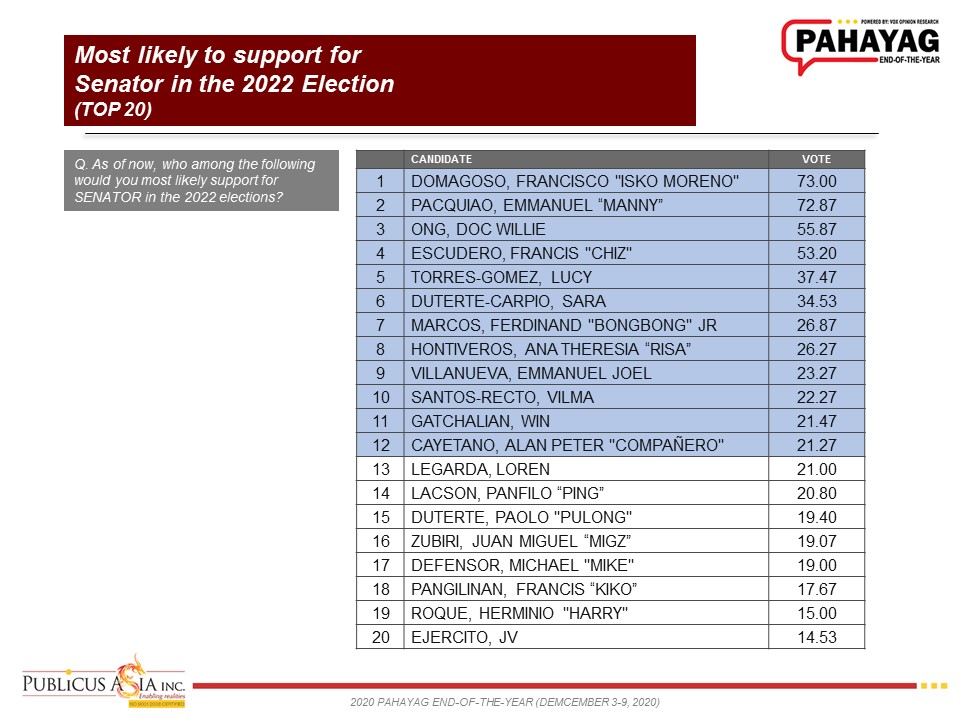