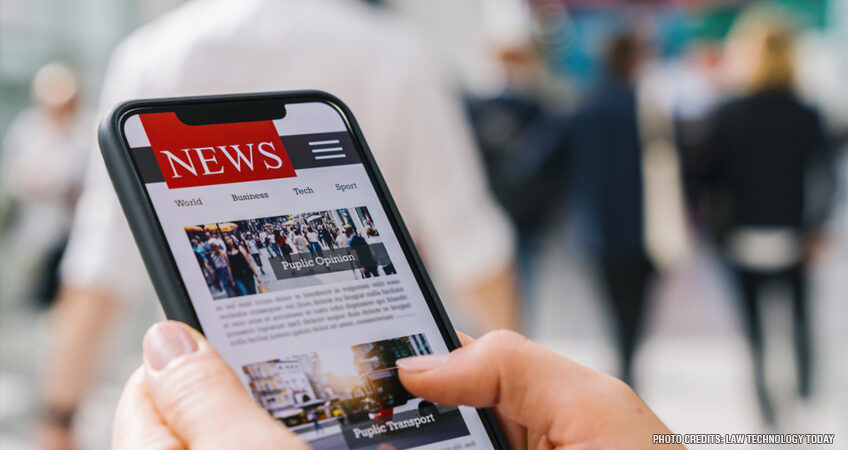 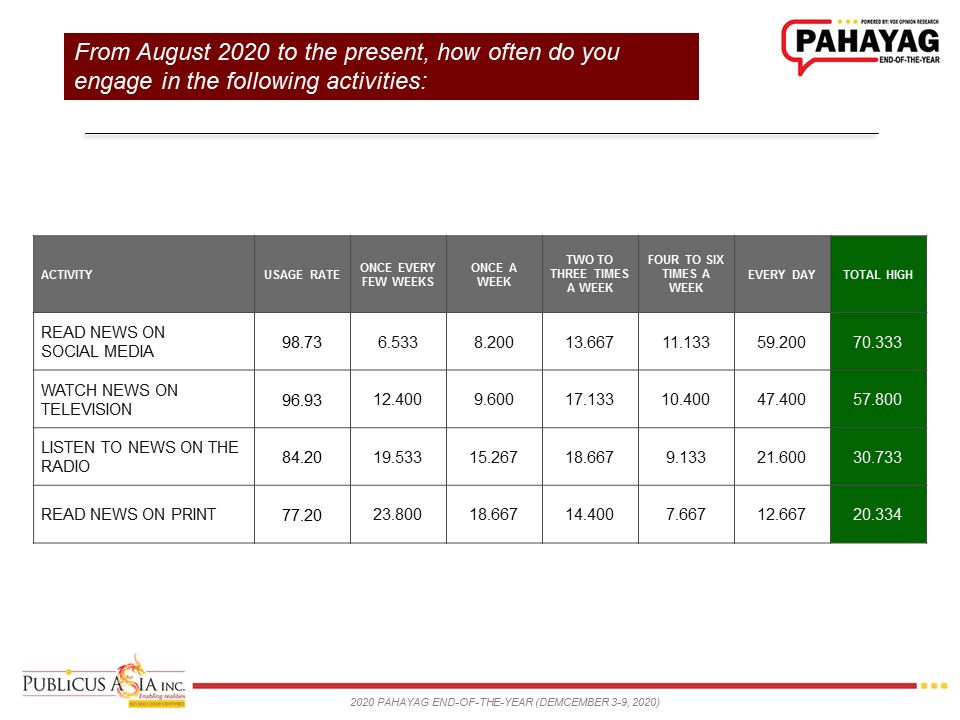 Facebook and YouTube have near universal usage rates among respondents with most users found to be high rate users (~63% and ~58% respectively). Around ~46% uses Facebook for more than five hours while YouTube registers at ~37% use over five hours. 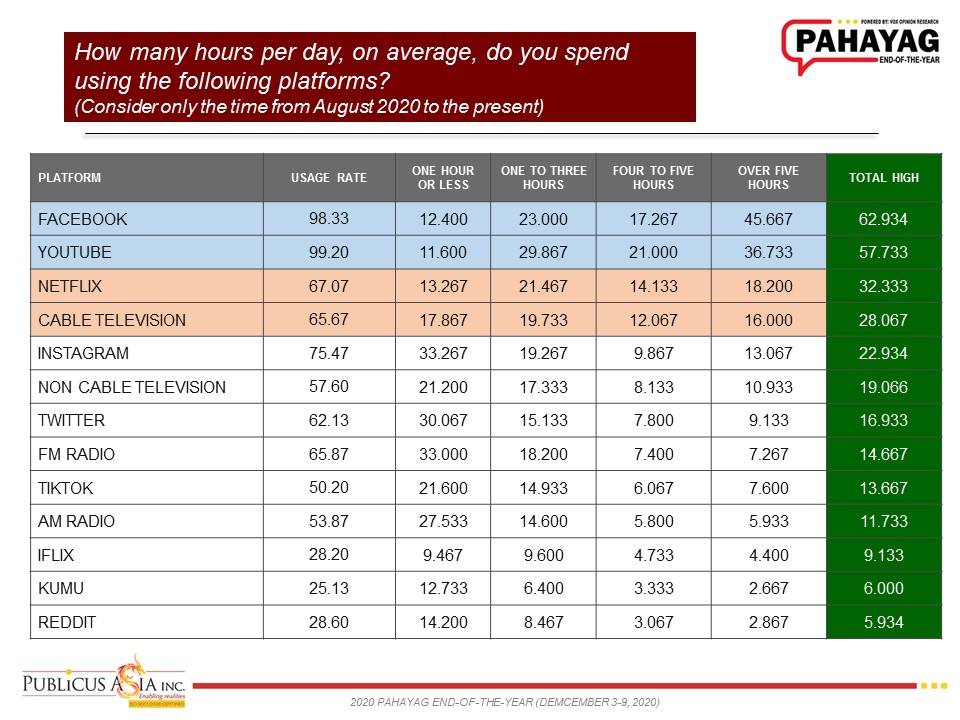 The changing media landscape will define the manner by which campaigns will be made for the 2022 national elections, considering face-to-face campaigns are hard to implement.  Based on We Are Social January 2020, there are 173.2 million mobile phone connections in the country. 73 million Filipinos use the Internet at 67% penetration rate and the same number are active SM users. Filipinos internet users aged 16-64 years old spend an average of 9 hours and 45 minutes each day on any device.  The Top 3 most used platforms in the country are: Facebook (96%), YouTube (95%) and Facebook messenger (89%).

A total of nine (9) modules were analyzed in this run: state of the economy and economic prospects, assessment of COVID-19 responses, national issues, leadership scorecard, emotional quotient of leaders, media consumption habits and responses to media campaigns, predisposition, travel likelihood, and blended learning.