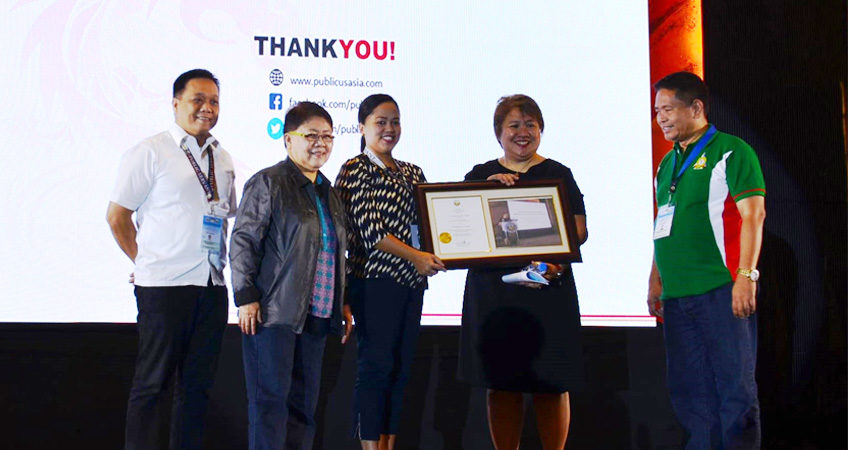 PUBLiCUS Asia Founder and CEO Ma. Lourdes Tiquia was the resource speaker on “Surviving the Social Media Age: Maintaining the Good Governance Narrative” during the 4th Module of the Academy of Presiding Officers (APO) last February 28, 2018 at the Sofitel Philippine Plaza Hotel.

Tiquia, a seasoned lobbyist with extensive experience in public relations and campaigns, talked about the evolving nature of communications in the 21st century, the relevance of social media in communications for the public sector/local governments, and leveraging strategic communications in conveying an LGU’s and a public official’s good governance achievements.

Good governance according to Tiquia is an integrated, long-term strategy built upon cooperation between government and citizens. She emphasized that it involves both participation and institutions, and upholds Rule of Law, Accountability, and Transparency, producing a government that is legitimate, effective, and widely supported by citizens. Good governance is pictured as civil society that is strong, open, and capable of playing a positive role in politics and government.

Tiquia discussed how social media has enabled local governments to be closer to the people and has reinvigorated Philippine democracy. Aside from making information more accessible to the public, social media made it possible for government offices to directly respond to complaints and clarify policies conveniently.

However, Tiquia noted that while social media is an effective tool in delivering key messages, it should be used in the context of a much bigger strategic communication plan, which she described as the higher-level concerns behind communicative efforts by organizations to advance organizational mission.

The APO is a continuing education program that is customized to the needs of the VMLP and is run in conjunction with the League’s quarterly National Executive Board meetings. A total of 400 to 500 city and municipal vice mayors usually attend its learning sessions.