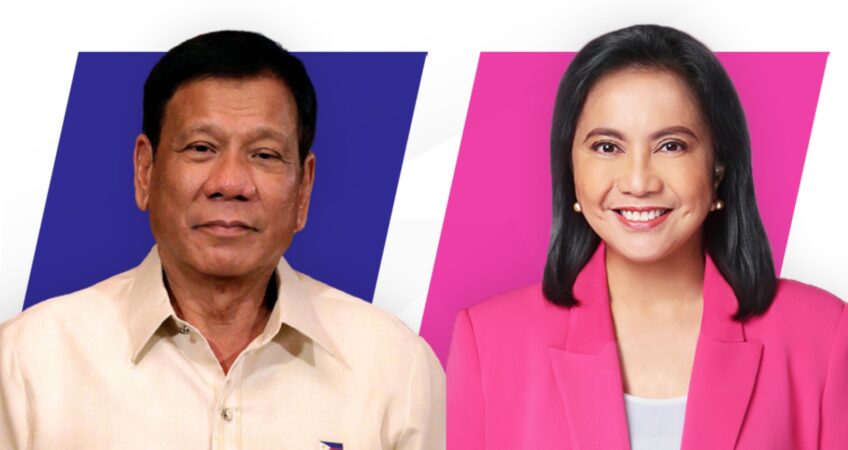 It’s not only Vice President Leni Robredo – all electoral candidates have vote ceilings in “intensely polarized” political environments such as the Philippines, according to the pollster behind the independent non-commissioned PAHAYAG surveys conducted by PUBLiCUS Asia Inc.

“All candidates have a ceiling, especially given that our present political context is intensely polarized. So, at the end of the day if you’re looking at a highly polarized or contentious election, there would be anti-x, anti-y, so there would of course be a ceiling for all candidates,” said Dr. David B. Yap Jr., Chief Data Scientist of PUBLiCUS Asia, when asked to respond to the theory previously raised by others that Robredo had already reached her ceiling of vote share for President on electoral surveys leading up to the May 2022 election.

“The question then becomes: which side of the fence has a larger share of the population that they can campaign to? If we look at the idea that the coming election boils down to a question as to whether or not you want to continue the type of governance that was exemplified by the Duterte administration, or you want a break from that, I think that’s the critical question that is at the forefront at the minds of many voters, and that in itself determines whether they would go for a candidate who promises to continue the policies, advocacies, and governance style of the Duterte administration, or someone who would be entirely different,” Yap added.

Yap said a helpful clue in identifying the potential vote share ceiling of Robredo, the leading opposition candidate for President in the May 2022 election, would be to compare her approval and trust ratings to those of President Duterte.

Mr. Aureli Sinsuat, Executive Director of PUBLiCUS, said in a later statement that the ceiling theory is supported by data collected from the PAHAYAG 2021 quarterly survey series.

Meanwhile, Robredo’s presidential vote share rose from a year-low of 9.3% on the March 2021 survey to 13.2% in July, reaching a year-high of 21.3% in October before decreasing marginally to 20.2% in December. Robredo’s presidential preference share reverted to 22.3% on the February 11-16, 2022 PAHAYAG National Election Tracker Survey, a figure in line with her July 2021 peak.

PUBLiCUS did not test approval and trust ratings of top national officials on its February 2022 tracker survey.

“Data from our 2021 PAHAYAG surveys suggest the existence of a ceiling limiting the vote shares of clearly identified anti-administration candidates running for President in the intensely polarized 2022 election. Significantly, the presidential vote shares of Leni Robredo, the most prominent opposition candidate, did not breach the Total Low Trust rating of President Duterte recorded during the same survey period,” Sinsuat said.

While Robredo’s presidential vote share of 22.3% on the PAHAYAG February 2022 survey was 1% higher than Duterte’s December 2021 Total Low Trust rating of 21.3%, Sinsuat noted that the readings were not comparable because they were taken three months apart.

“After more than doubling her vote share from 9.3% in March 2021 to 21.3% in October, Vice President Robredo’s numbers have not registered a significant change in our surveys over the past four months – despite the fact that the relatively high proportion of middle-class and highly-educated voters sampled by PAHAYAG plays to her strengths,” Sinsuat explained.

“Based on our data, Robredo has already cornered the niche electoral market for staunchly anti-administration voters. While this may have been a winning strategy months ago, when all presidential candidates were polling at around 20% or less, it does not provide a path to victory, where one candidate is polling above 50% in most surveys,” he said.

“In essence, the data suggest that Leni Robredo may have already reached the ceiling of her staunchly anti-administration base. The only way for her to break through the ceiling is to build trust among a wider network of potential voters across diverse demographic groups,” Sinsuat added.

The PAHAYAG National Election Tracker Survey is an independent non-commissioned national survey conducted by PUBLiCUS Asia Inc. The 1,500 registered Filipino voters comprising the purposive survey panel were randomly selected from the panel marketplace of 200,000 Filipinos maintained by PureSpectrum. Parameters based on respondent age, gender, and location were also utilized in the sample formulation in order for the resulting sample to conform more closely to the features of the voting population, as defined by statistics from the COMELEC.

The full interview with Dr. David B. Yap Jr. on the February 22, 2022 episode of the PAHAYAG Election Report may be viewed here: https://bit.ly/3M7qwE2